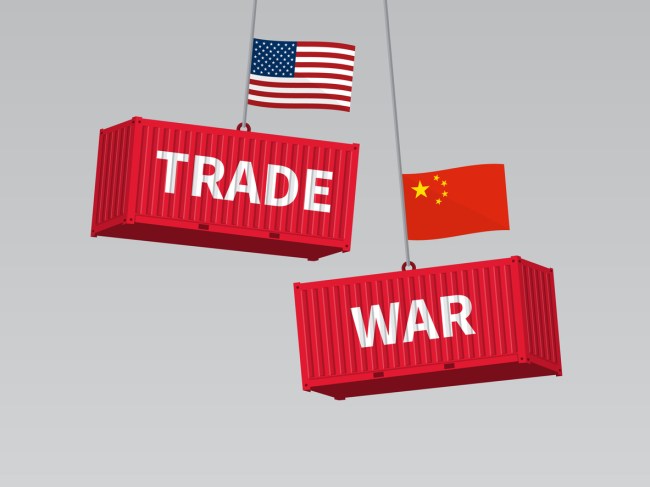 It’s been an absolute sh*tshow since the US announced it would impose tariffs on $200B worth of Chinese goods last July. China responded with levies on goods originating in the US (mostly soybeans), and the two powers have been exchanging proverbial kidney shots ever since.

The most recent retaliatory tax from China took effect on Saturday and included a tariff hike (from 10% to 25%) on 2.4k goods. It comes on the heels of POTUS increasing tariffs following failed trade talks in DC last month.

On Friday China announced a list of “unreliable entities” that it has threatened to blacklist. The hit list targets US companies that Beijing believes hurt Chinese firms. Translation: the restrictions are direct retaliation for the US’ condemnation of Chinese telecom, Huawei.

It appears that one of China’s target companies could be FedEx thanks to apparent “wrongful delivery of packages.” China accuses FedEx of diverting a number of packages meant for Huawei’s HQ in China. Shares of the global courier fell almost 2.5% on the news.

And, lest we forget that China holds the equivalent of an “Uno draw four wild card,” the option to withhold rare earth metals from the US.

Seemingly out of left field last week the US announced that it would begin taxing goods imported from Mexico if the country did not put an end to illegal immigrants crossing the border into the US.

The pissing match between the US and China has wreaked havoc on financial markets. China’s announcement, along with POTUS’ plan to tax imports from Mexico sent markets plummeting on Friday to finish up the worst month of 2019. The S&P is down to December 2018 lows and the Dow suffered its sixth straight weekly loss, a feat that hasn’t happened since 2011.

How bad is it? Well, JPMorgan (ever heard of it?) economists believe things have gotten so terrible that the Fed will be forced to cut rates twice in 2019 to save us from ourselves.

The US Justice Department is expected to open an antitrust investigation into Google. *Cue the Law & Order theme song.*

Both the US DOJ and the Federal Trade Commission discussed ‘alleged’ anticompetitive misconduct occurring at Google. The two parties agreed that this would fall under the Department’s antitrust division … likely after a heated game of rock-paper-scissor (best out of three, obviously).

Pretty much all online marketing runs through large tech companies (think: Google and Facebook). How much, you ask? Google controls 37% of the digital advertising market, with Facebook capturing 22%. So, a f*ck ton.

Although US politicians have raised concerns about the power that large tech giants like Google, Apple, and Facebook hold, little has been done. Google was investigated by the FTC for allegedly stifling competition in the smartphone, tablet, and gaming device market, but the case was closed in 2013 without any action taken.

European countries haven’t taken the same laissez-faire approach to dealing with our tech overlords. In fact, Google was just fined $1.7B by the EU in March. The bloc accused the search giant of enlisting unfair advertising practices. Over the course of nearly a decade, Google has paid $9.2B to the European Union related to antitrust investigations.

It shouldn’t come as much of a surprise that the guy who taught himself biology so that he could launch a pharmaceutical company found a way to run his biz from “Club Fed.” What’s more unclear is if his willingness to price-gouge pregnant women in need of his company’s life-saving meds was self-taught or his parents just did a really sh*tty job raising him.

Despite being outed by the WSJ for running his empire via cell phone from “the inside,” it appears to be business as usual for Shkreli who is suing execs of his former bio-pharma firm, Retrophin.

Pharma bro claims Gary Lyons, Retrophin’s chairman of the board, Stephen Aselage, the company’s former CEO, and Margaret Valeur-Jensen, the firm’s former top lawyer, illegally ousted him from the company he founded in 2014 as part of an elaborate scheme. The most hated man in America is seeking $30M in damages.

In true Shkreli fashion, the court filing makes it abundantly clear that inmate 87850-053 started the “biopharmaceutical company from scratch” and turned it into a “successful enterprise worth hundreds of millions of dollars.” The suit goes on to cite the defendants’ greed and jealousy as reasons for illegally and unceremoniously ousting pharma bro.

Life on the inside