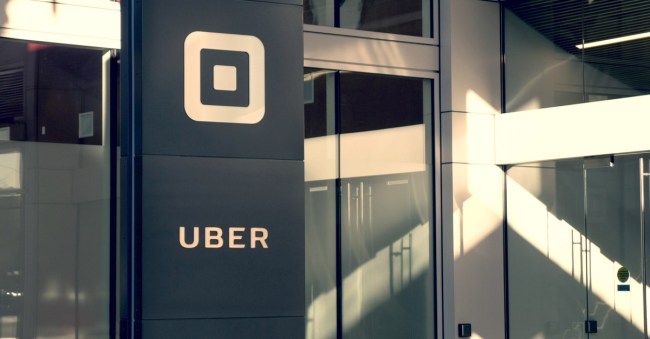 According to current Uber CEO Dara Khosrowshahi, the company could be profitable… if they wanted it to be.

TechCrunch reported that while speaking at the Goldman Sachs Technology and Internet Conference in San Francisco on Wednesday Khosrowshahi defended the company bleeding money by saying, “we can turn the knobs to get this business even on a full basis profitable, but you would sacrifice growth and sacrifice innovation.”

He said that it’s Uber’s commitment to “developing” markets that are dragging things down, but he views that as an “optional investment.” However it’s the “right thing to do,” he said, claiming that the company won’t stop investing in Asia anytime soon.

Revenue last year was $7.5 billion, but Khosrowshahi was keen to tout a “$40 billion run rate,” a measurement of total transactions on the platform. He also spoke of a more than “100% revenue growth rate,” meaning that sales have more than doubled.

Apparently, he is not alone in thinking Uber still has a very bright future as Softbank just invested a whopping $1.25 billion in Uber in January.

Khosrowshahi is also still touting the use of self-driving vehicles (now that they have settled the lawsuit filed against them by Alphabet Inc.’s Waymo for allegedly stealing trade secrets by giving them Uber stock valued at $245 million).

He believes that with the use of autonomous vehicles Uber can lower the price of an average ride down to around $1 per mile. It’s “the only way to get the cost down,” Khosrowshahi said with regard to driverless transportation.

It’s going to take more than clever commercials and viral videos for Uber’s plan of losing billions upon billions of dollars to basically try to establish a monopoly on ride sharing and the hope that their services will get people to stop buying cars will work.

“Traffic is going to get better,” says Khosrowshahi. We’ll see, won’t we?