US Comes Down Hard On Big Tech; Warren Buffett’s Got A Man-Date; Chewy.com Set To IPO 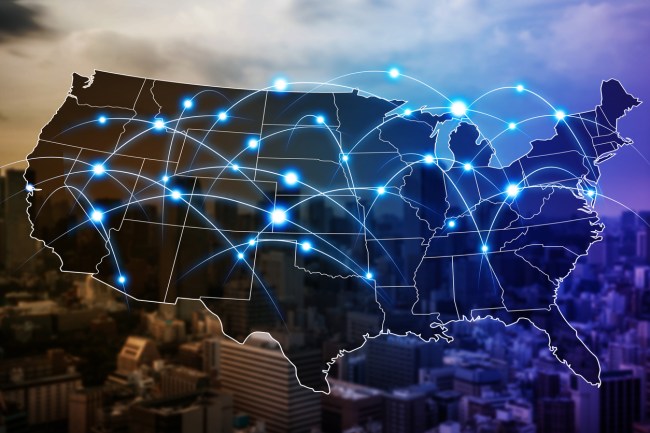 US regulatory bodies are salivating a la “Butch” Heddo at the opportunity to bend over US tech giants and conduct a full cavity search. Following reports Friday that the Department of Justice would begin investigating Google’s lyin’ and cheatin’ ways, rumor has it that the FTC will get the nod to kick the tires on Facebook’s anticompetitive practices.

While the DOJ’s investigation will open the kimono on a variety of Google’s lines of business, the FTC’s Facebook investigation will hone in on the ambiguously defined “digital competition practices.” All but sealing Google+’s fate and sticking a fork in MySpace surely won’t help Zuck’s case.

Come on in, the water’s fine

As if regulatory scrutiny wasn’t enough …

Late on Monday, the House Judiciary Committee announced its own investigation into digital markets which will include requests for information and hearings … which tech leaders probably won’t show up for. The committee has also promised to review antiquated antitrust laws.

Markets didn’t appear to give a rat’s ass about which three-letter-acronym governmental agency (or legislative body for that matter) will take a look under the hood. Shares of the FANG’s got steamrolled by the prospect of probes …

The tech-heavy Nasdaq got Anthony Joshua-ed by the news. Battered by the ongoing trade war, the index fell more than 1% yesterday and entered correction territory.

“Get off my lawn.” – Warren Buffett to Justin Sun and his merry band of cypherpunks

The Oracle of Omaha and crypto founder, Justin Sun, are going on a man-date. Sun was the highest bidder in an auction that offers up the chance to dine with the investing G.O.A.T. as part of a charitable fundraising campaign.

Proceeds of the auction benefit the San Francisco based charity, Glide, which provides shelter and food for the homeless population in SF (read: anyone that makes under $110k). Sun’s record-breaking bid of $4.57M brings the total amount raised during the organization’s 19-year history to over $30M.

To be a fly on the wall

This lunch is shaping up to be more awkward than that time you and Brad showed up at the office in the same Patagonia and Brooks Brothers’ gingham.

Warren Buffet is the 88-year-old “Oracle of Omaha” who has been quite vocal about his mistrust of the digital assets. He even went so far as to say in February of this year that bitcoin is a delusion that attracts charlatans.

Justin Sun, on the other hand, is the 28-year-old founder of cryptocurrency Tronix and China’s version of Snapchat, Peiwo. Tron was launched in 2017 and is the tenth largest cryptocurrency in the world with a market cap of $2.56B.

Justin seemingly will take full advantage of his “+7” as he plans to bring other prominent names in the blockchain industry along to try and convince Warren that cryptocurrency isn’t ‘rat poison squared’.

PetSmart is taking its DTC arm, Chewy, public at a valuation of $7B. So less than a standard vet bill. PetSmart hopes to leverage Chewy’s growth to raise $648M with its sale of 36M shares.

Still not convinced? 2018 was the first year that Chewy’s revenue hasn’t more than doubled since its inception. Last year, PetSmart valued Chewy at $4.45B in documents shared with investors.

But it isn’t without controversy …

A portion of Chewy’s business had been moved to an unrestricted subsidiary in an effort to keep creditor’s paws off of it. PetSmart’s private equity owners, BC Partners, and creditors have been at odds over the transfer of the lucrative online portfolio.

Those same lenders argued that PetSmart was insolvent at the time of the shift, rendering the original transfer fraudulent and giving them rights to the online goldmine. PetSmart owes $4B to lenders in a loan that will come due in 2022.

Now is probably a good time to remind investors that the last online pet store to IPO went down as the poster-child of internet 1.0 busts. Oh, and PetSmart (yes, the same PetSmart that will take Chewy public) owns the rights to the Pets.com domain.