Tomorrow, Spotify will go public, trading shares on the New York Stock Exchange with “a valuation that could exceed $20 billion.” Not everyone is stoked about Spotify investors getting the chance to cash-in on their gigantic digital music platform. The platform has a notoriously contentious relationship with the artists who fuel the music on the platform, paying pennies on the dollar for song-streaming royalties.

Funk band Vulfpeck is one of those artists irked by the platform’s treatment of artists over the years. In 2014 the band infamously released a silent album on Spotify, encouraging their fans to stream the album while sleeping so they could fund a tour. It ended up being streamed five million times, netting the band $20,000 or so before Spotify pulled the plug, saying it was a TOS violation. 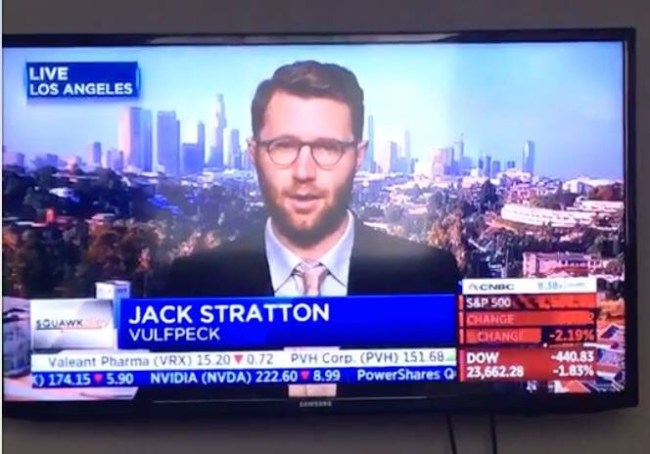 This morning, live from Los Angeles, Vulfpeck frontman Jack Stratton put on his finest business casual attire to talk about Spotify on CNBC’s Squawk On The Street.  It’s an incredibly weird interview, with Jack wanting investors to “look at the fundamentals” when considering a position in Spotify.

It’s one of those great, weird Vulfpeck moments that make Vulfpeck fans love this band so much.