A Ridiculously Big 1,098-Carat Diamond Was Found In Botswana Making It The 3rd Largest In The World 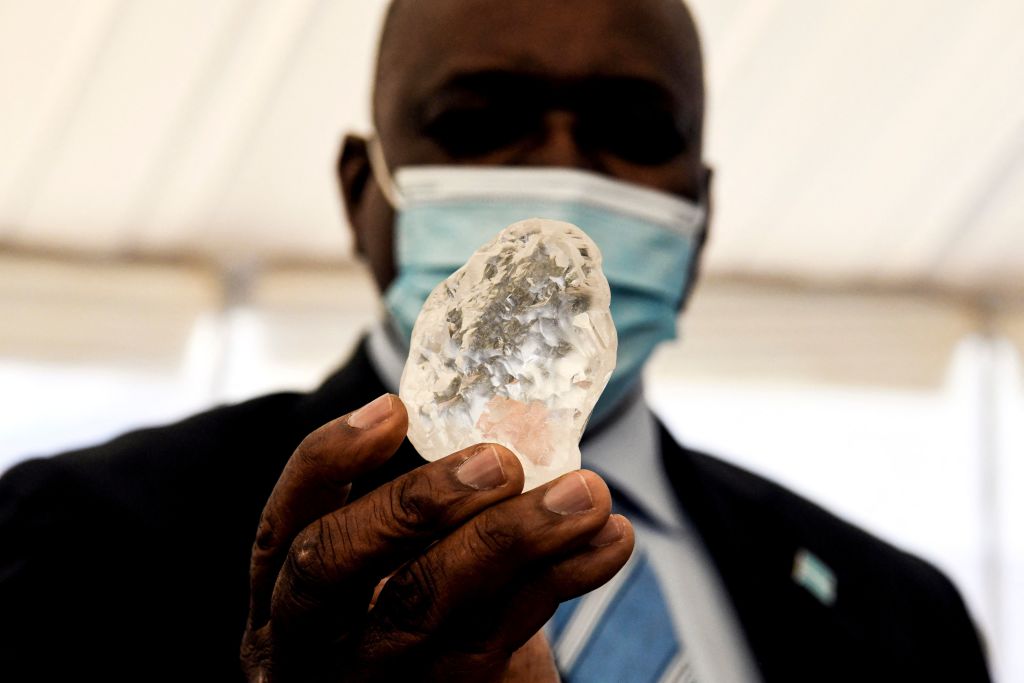 Diamond sales and production has been STRUGGLING over the past year and a half. Production at Debswana in Botswana fell 29% and sales fell 30%. This is bad news for the government of Botswana who rakes in 80% of diamond sales from Debswana. Now there’s a reason to celebrate after a 1,098-carat diamond was found.

This 1,098-carat diamond discovered by Debswana is now the third-largest diamond in the world. It’s only smaller than the 3,106 carat Cullinan stone (1905) found in South Africa and the 1,109 carat Lesedi La Rona unearthed by Lucara Diamonds (2015). That one was also found in Botswana but this new diamond is the largest-ever unearthed by Debswana.

The country's minerals minister said the discovery of the stone could not have come at a better time after the COVID-19 pandemic hit diamond sales in 2020 pic.twitter.com/oooxTBgsYm

The government receives as much as 80% of the income from Debswana's sales through dividends, royalties and taxes.

Production at Debswana fell 29% in 2020 to 16.6 million carats while sales fell 30% to $2.1 billion as the pandemic impacted both production and demand pic.twitter.com/bK4JwUDG8c

Putting a price tag on a diamond this large and rare is difficult. They haven’t even named the stone yet. All of the biggest and rarest diamonds receive names as if they’re statues or paintings.

According to Reuters, the stone measures 73mm long by 55mm wide and 27mm thick.

It’s a beast. Nobody has assigned an official value to this stone yet but The Sun was quick to compare it to The Cullinan which was recently valued at $2 billion.

There aren’t many private buyers in the world who will jump at a $2 billion price tag for a single diamond. In all likelihood, this will get scooped up by a massive jewelry corporation.

What they do with it after that is anybody’s guess but it wouldn’t be unheard of it make smaller diamonds out of it.