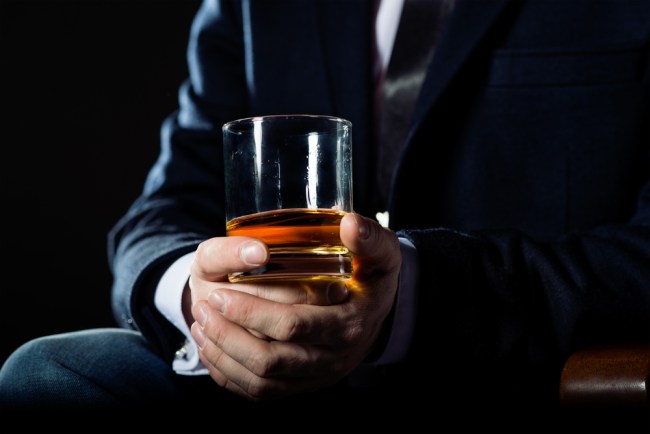 People have been trying to figure out the best way to drink whiskey ever since the Scottish figured out how to make the stuff way back in the 15th century. Some people say you should pour it into a glass and sip it neatly. Others claim you should add copious amounts of cinnamon flavoring and take shots like there’s no tomorrow. There are many schools of discipline when it comes to the “right” way to drink whiskey, and no one can seem to agree on which one is actually correct.

Thankfully, we have brave men like Bjorn Karlsson and Ran Friedman who are willing to do whatever is necessary to bring us an answer. The two are researchers at Sweden’s Linnaeus University Center for Biomaterials Chemistry, and they were inspired to start the search for the truth after Friedman visited Scotland and was told my a native to add some water to his whisky to amplify the flavor.

While the practice would seem counterintuitive to some, it appeared to be widespread enough that Karlsson and Friedman decided they needed to dig a bit deeper. They came up with two theories, one of which revolved around water trapping unpleasant compounds and the other focusing on its ability to release molecules that contribute to a pleasant flavor. After some additional research, the duo realized the latter theory had more merit and set out to figure out exactly why this was.

While whiskey contains thousands of compounds that contribute to its flavor, the scientists decided to focus primarily on a substance called guaiacol, which is responsible for whiskey’s trademark peaty flavor. An in-depth article in the Washington Post explains the experiment in depth, which sadly involved a number of computer simulations as opposed to a bunch of scientists getting drunk.

The simulations showed that the addition of water causes the guaiacol to rise to the top of the drink, increasing the aroma and flavor. In an interview with NPR, the researchers said there is something to be said for adding water to standard strength whiskey (around 80 proof), but that no exact formula for calculating the perfect amount exists (thanks to the variance in flavors from whiskey to whiskey in addition to personal preference). However, they did say to err on the side of caution, as too much water could easily dilute the drink.

We might be a while away from figuring out the science behind the perfect glass of whiskey, but at least we’re on the right track. Try adding a drop or two of water to your whiskey the next time you decide to imbibe.