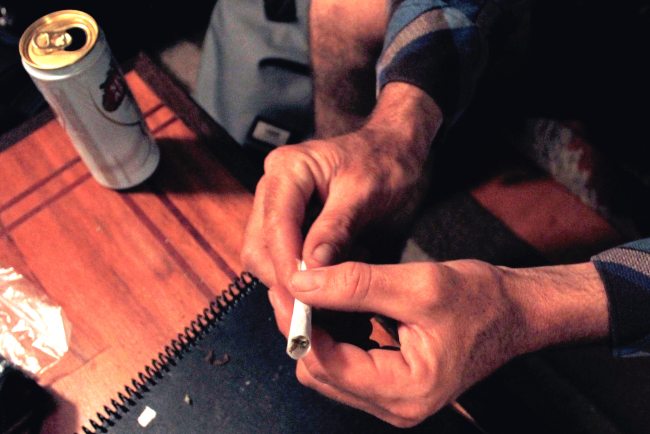 There are plenty of nicknames to pick from when it comes to describing the overall essence of 2020 but I’d argue that there’s no better way to label it than “The Year of the Coping Mechanism,” as people around the world have turned to various crutches in an attempt to escape from the reality we’ve been inhabiting since the middle of March rolled around.

Some decided to distract themselves by getting way too into making sourdough, fermenting kimchi, or some other hobby they’d been meaning to get around to before being presented with more free time than anyone could’ve ever possibly anticipated we’d have heading into the year. You could also tune in and tune out with the help of some good, old-fashioned binge-watching, which plenty of people did when you consider the European Union asked Netflix to throttle its video thanks to a spike in streaming that saw the average user (at least in the United States) glued to the service for over three hours a day in the wake of the world going to hell.

Of course, there was one tried-and-tested method that plenty of people—myself included—have harnessed as a way to take our mind off of things: the various mind-altering substances out there that tend to make life just a bit more bearable. Sure, drinking and ingesting your drugs of choice may not be the healthiest thing in the world nor really do anything when to comes to solving any of your problems, but they can do a pretty damn good job when it comes to taking some weight off of your shoulders for a little bit.

As if the pandemic wasn’t enough to fret over, America had a presidential election hanging over its head that officially came to a head on Election Day, where people were unsurprisingly interested in tracking down the alcohol and comfort food they need to make it through the night (or, if you were smart, the next few). When you consider most people still view the outdoors as a fairly scary place, you’d expect it would’ve been a pretty good day for companies who specialize in delivering your coping mechanism of choice right to your door, and according to The Los Angeles Times, that was exactly the case.

The outlet reports Drizly saw a 68% dump in demand for alcohol earlier this week compared to a typical Tuesday, with both liquor and wine each responsible for around 40% of its overall orders. Sales in states that have traditionally leaned blue were up 75% (New York City was home to a 110% rise while Washington, D.C. was home to a 133% boost) compared to the red states where orders increased by 33% more than usual.

Los Angeles saw a comparatively modest 35% bump but that may have had something to do with the wider variety of options people in California had, as the marijuana delivery service Eaze said orders increased by 18%, with joints and vape cartridges sitting at the top of the list of the most popular items (a spokesperson suggested they were preferred over edibles because people wanted something that would chill them out ASAP).

As of this writing, it appears the race is all but over and something tells me there might be yet another spike in certain places on Friday as people either try to track down some bottles of champagne or some hard liquor to drown their sorrows.