Alex Trebek’s Final Week On ‘Jeopardy!’ Began With Him Delivering A Heartfelt Message And I’m Not Crying, You’re Crying 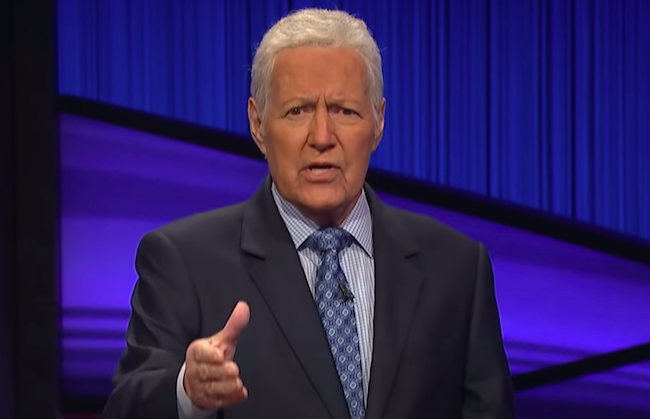 I spent a good chunk of the past couple of weeks slowly working my way through a DVR that’s currently home to the 137 episodes of Jeopardy! I’ve routinely turned to on nights where I don’t feel like spending 20 minutes aimlessly browsing Netflix only to ultimately settle on something I’ve already watched three times.

That number will hit 141 at the end of the week, as Friday will mark the end of a storied and legendary era where viewers will get to see Alex Trebek thank Johnny Gilbert one final time after striding onto the set of the show he first began helming in 1984 before his illustrious run as its host came to an end after he succumbed to pancreatic cancer in November at the age of 80.

You’d be hard-pressed to find a more wholesome figure in the entertainment industry than one of the finest people Canada has ever produced, as there was a reason millions of people routinely welcomed a man who pronounced “genre” in a way few others could and mastered the art of the devastatingly subtle jab into their home on a nightly basis.

Trebek didn’t know the episode that aired on Monday night would mark the beginning of his final week on Jeopardy! when he filmed it, as he was determined to do everything in his power to not let the disease he valiantly battled stop him from stepping behind the podium.

Despite the physical toll cancer took on him, Trebek managed to remain in good spirits until his time on the planet ended exactly as he wanted and the compassion and kindness he exuded throughout his life were on full display at the start of Monday’s installment, where he shared a heartfelt message asking viewers to go out of their way to show compassion to everyone who’s been impacted by the pandemic.

I didn’t think my office was that dusty but I apparently have some cleaning to do.