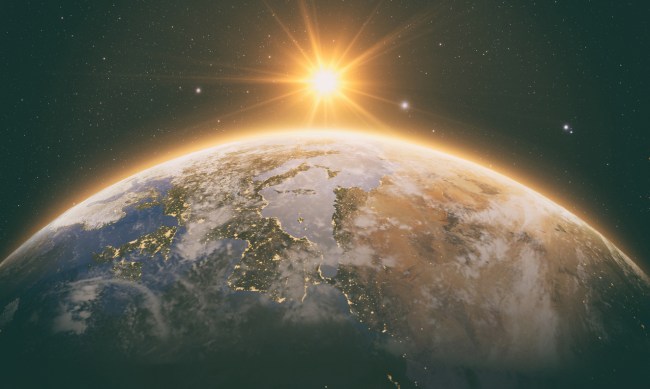 When discussing aliens, humans often ask one question: “Where are they?” A team of scientists launched a study in an attempt to answer that age-old question about why extraterrestrial haven’t found us yet, and their answer is: Alien civilizations have already visited Earth.

In January of 2017, an international team of astronomers released a study that there at least two trillion galaxies in the universe, a number that is 10 times higher than previous estimates. In our own Milky Way Galaxy alone, there is believed to be as many as 400 billion stars and more than 100 billion planets.

Given the number of planets that exist in our galaxy, at least some of them must have supported life. And a few of those planets must have hosted intelligent life millions of years before humans existed on Earth. So the probability that we are not alone is extraordinarily high.

So the odds say that there has to be a habitable planet somewhere in the cosmos. So where is everybody? That is the question that the Fermi paradox asks. If there are so many planets, stars and galaxies in the universe that is 13.8 billion years old, why haven’t we found aliens or highly intelligent extraterrestrial beings visited us. Even in 1920, Albert Einstein asked: “Why should Earth be the only planet supporting human life?”

A new study answers the paradox developed by Italian-American physicist Enrico Fermi in the 1950s, and their answer is that aliens have already visited Earth. In a new study published in the Astronomical Journal, scientists lay out a theory that alien civilizations have already been to our planet.

RELATED: Apollo 11 Astronaut Michael Collins Reveals He Believes There Is Alien Life Out There In Space

The theory in the study hypothesizes that extraterrestrials have visited Earth, but they didn’t find any intelligent life, so they continued searching other planets in their quest to locate other living creatures.

No, the aliens did not arrive last week and accidentally intercept a broadcast of The Kardashians TV show and leave after determining there was no intelligent life on Earth. The belief is that an alien civilization arrived on our planet millions or billions of years ago and found no interesting lifeforms worth sticking around for.

“The situation is equivalent to searching unsuccessfully for dolphins in a small pool’s worth of ocean water and then concluding the ocean was dolphin-free,” the scientists wrote in their study titled “The Fermi Paradox and the Aurora Effect: Exo-civilization Settlement, Expansion, and Steady States.”

“If you don’t account for motion of stars when you try to solve this problem, you’re basically left with one of two solutions,” the study’s lead author Jonathan Carroll-Nellenback told Business Insider. “Either nobody leaves their planet, or we are in fact the only technological civilization in the galaxy.”

The researchers have a theory that extraterrestrial are waiting to visit planets and solar systems that orbit close to them. Considering that our solar system takes 230 million years to complete one orbit around the Milky Way, the aliens might be waiting until we come back around again and we’re close enough to explore.

However, what evidence is there that aliens have visited Earth in the past? If you watch one episode of Ancient Aliens and you’ll turn into an instant conspiracy theorist and believing that aliens created every engineering marvel from Stonehenge to the pyramids in Egypt to the stone heads on Easter Island. But there is no tangible proof of aliens landing on Earth unless you believe that the U.S. government is hiding alien UFOs at Area 51 and you feel the need to storm the military facility.

Other theories about why we haven’t made contact with aliens are perhaps, the extraterrestrial aliens don’t think humans are worth the trouble of interstellar travel or maybe the aliens are on Earth right now, but we can not perceive them.

Michael Stevens, the man behind the extremely popular Vsauce YouTube channel, explains what could happen if we encounter extraterrestrial life and what the engagement strategies would be to communicate with aliens and why it actually might be better to not even let the aliens know we exist at all.