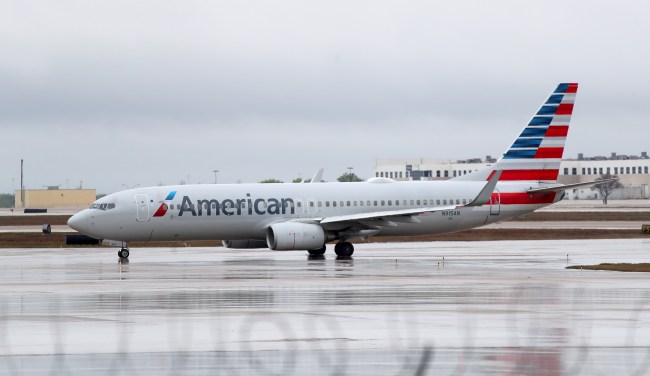 An American Airlines flight from Dallas to Nashville was delayed for EIGHT hours no thanks to the world’s biggest ass clown.

According to WKRN, the flight was delayed three times after a man refused to lift his tray table prior to take off before claiming he was infected with coronavirus.

“People were freaked out because nobody knew what was going on,” said passenger Brandon Kenney, “People didn’t know if he was actually sick or if he really didn’t have coronavirus or not.”

HAZMAT crews and police officers then boarded the plane to remove the unruly man, instilling the fear of God into the other passengers aboard.

“Right after he was escorted off the plane, one of the cops came back and kind of explained the situation to the people that were sitting near him and kind of spelled it out for us and told us not to worry about it and really was just talking about how he was joking about having the coronavirus,” said Kenney.

Part of the flight crew reportedly did not want to fly after the coronavirus claim was made, especially considering a Dallas-Fort Worth based American Airlines pilot recently tested positive for the virus.

After the dust settled, the plane finally took off. Initially, the plane was set to depart around 6:30 p.m. and arrive at 8:40 p.m. Saturday but did not arrive until 4:40 am Sunday.

The tension on the flight was exacerbated by the fact that Dallas-Fort Worth Airport is one of 13 airports that Americans who are coming back from restricted countries are being flown into so they can be tested for the virus.

American Airlines said the man was arrested for making a false claim.

What should be this dirtbag’s punishment? Let Tom Hanks sneeze in his mouth? I will not stand in his way.

P.S. This wasn’t even the most ratchet thing to happen on American Airlines this weekend.