André 3000’s Unreleased Song With Kanye Is AMAZING, But He Wishes Drake Didn’t Leak It 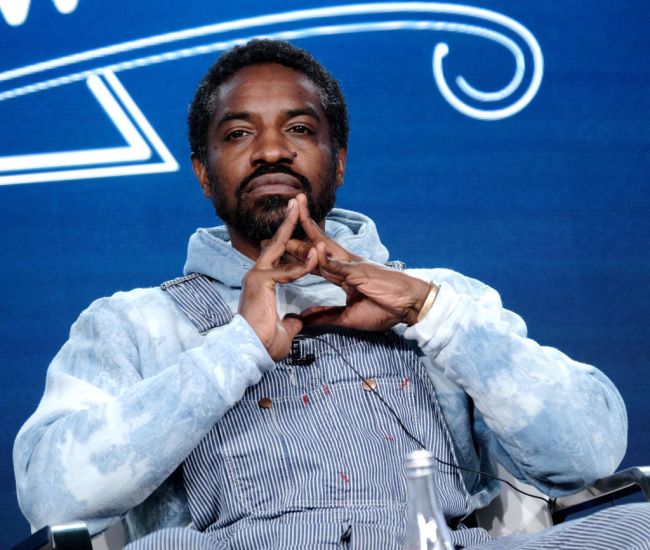 In celebration of his latest album release, Drake appeared as a guest DJ on Sirius XM’s Sound 42 on Saturday. Somehow, some way, he was allowed to leak an unreleased track from Kanye West’s ‘Donda’ album live on the air.

The song, titled ‘Life of the Party,’ features André 3000 and samples The Dramatics, as well as a famous clip of the late DMX on a roller coaster with his daughter. It was left off of the clean album because of its explicit lyrics, but is undoubtedly the best track “on” the album and it’s a shame that the world was unable to hear it on Kanye’s timeline.

However, we are fortunate to hear it at all. You can listen to the full track HERE.

André 3000’s verse is *chefs kiss* and it has a very significant meaning.

“A few weeks ago Kanye reached out about me being a part of the ‘Donda’ album. I was inspired by his idea to make a musical tribute to his mom. It felt appropriate to me to support the ‘Donda’ concept by referencing my own mother, who passed away in 2013. We both share that loss,” he told Variety.

You can feel the emotion in his voice:

As for why the song was left off of the album, the former Outkast rapper gave his explanation:

“I thought it was a beautiful choice to make a clean album but, unfortunately, I didn’t know that was the plan before I wrote and recorded my verse,” 3-Stacks said to Variety. “It was clear to me that an edited ‘clean’ format of the verse would not work without having the raw, original also available. So, sadly, I had to be omitted from the original album release.”

Bummed about the beef.

In addition to the reasoning for Life Of The Party’s omission, André 3000 called the situation “unfortunate” and said that Kanye’s diss toward Drake was not originally on his radar.

“The track I received and wrote to didn’t have the diss verse on it and we were hoping to make a more focused offering for the ‘Donda’ album but I guess things happen like they are supposed to,” he told Variety.

André 3000 also said to Variety that he wishes two of his favorite artists weren’t in this situation.

“It’s unfortunate that it was released in this way and two artists that I love are going back and forth. I wanted to be on ‘Certified Lover Boy’ too. I just want to work with people that inspire me.”

As for the beef between Kanye and Drake, it stems back more than a decade. It began in 2009 when West criticized one of his lyrics. They have had a love-hate relationship ever since, but things escalated when rapper Pusha T revealed that Drake has a child that he is keeping out of the spotlight.

Many people believed that Kanye told Pusha T about Drake’s son, but Kanye completely and flatly denied the claims. The beef has been escalated ever since.