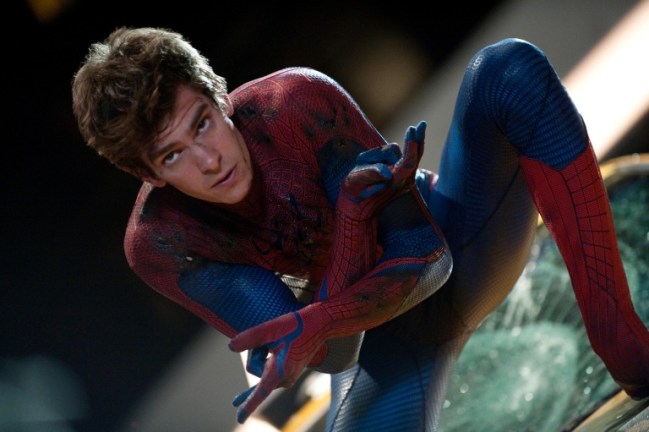 Whenever I’d cover Andrew Garfield in recent years, I’d legitimately feel somewhat sorry for the poor guy, as he was forced to incessantly face questions about Spider-Man: No Way Home despite the fact that he, obviously, could never truly say anything about it.

No matter where he was or what he was promoting, Garfield would be asked whether he’s returning as Spider-Man, but unfortunately for him, he’s a hilariously terrible liar. I once published an article literally titled: “Andrew Garfield’s Denial Of Rumored ‘Spider-Man’ Return Is Pitiful Considering He’s Been Nominated For An Oscar”.  I then followed that up a few months later with an article headlined “Andrew Garfield Puts Forth Yet Another Feeble Denial Of ‘No Way Home’ Rumors, Remains Incapable Of Sounding Remotely Believable”. He really was *that* bad at lying about it.

Luckily for Andrew, though, now that Spider-Man: No Way Home is finally out in the universe and Marvel Studios/Sony Pictures has lifted the spoiler ban, Garfield is now finally allowed to honestly speak about his return as Spider-Man — or Spider-Man 3, as he was referred to in the film.

During a recent interview with The Wrap, Garfield addressed what it felt like to lie for all that time, describing the experience as “stressful” but also “weirdly enjoyable.”

“It was stressful, I’m not gonna lie. It was rather stressful but also weirdly enjoyable,” Garfield said. “There were moments where I was like, ‘God, I hate lying.’ I don’t like to lie and I’m not a good liar, but I kept framing it as a game. And I kept imagining myself purely as a fan of that character, which is not hard to do.

“The answer to those questions, he said, was clear. I would want the actor to do an incredibly good job at convincing me he wasn’t in it. And then I would want to lose my mind in the theater when my instinct was proven right. That’s what I would want.”

Spider-Man: No Way Home — which not only features Garfield’s Spider-Man but a scene-stealing performance from the Oscar-nominated actor as well — is now playing in theaters and will be available on digital platforms beginning on February 28.