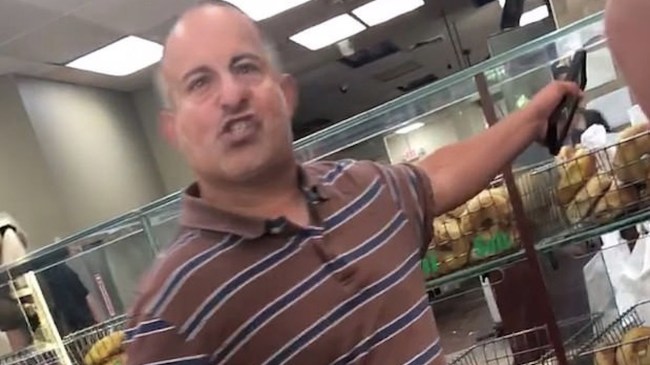 Every once in a while, a viral event occurs that manages to bring the online world to a virtual standstill as people take a break from insulting strangers on Twitter to witness history in the making, whether we’re talking about The Dress, Fyre Festival, or Kim Kardashian’s attempt to break the internet.

However, as far as I’m concerned, none of those occurrences come close to what may be one of the best things to happen online in recent memory: Angry Bagel Guy.

This video popped up on my timeline a couple of weeks ago and I’ve lost track of the number of times I’ve watched this little guy have a Falling Down moment at a Bagel Boss in New York, and since then, he’s done everything in his power to capitalize on his newfound infamy—including boldly proclaiming himself the Martin Luther King Jr. of short people.

Shortly after he went viral, Bagel Guy—who’s real name is Chris Morgan—signed a deal to fight a fellow viral “celebrity” in Atlantic City  (he has plenty to choose from), and while it may have seemed like a publicity stunt, it appears he isn’t kidding around.

According to TMZ, the little ball of rage recruited UFC fighters Chris Weidman and Al Iaquinta to help him hone his skills, and after doing a bit of sparring, he decided to call out Logan Paul, who may actually murder him in the ring if the two ever faced off.

I can’t wait to see what else Morgan has in store.