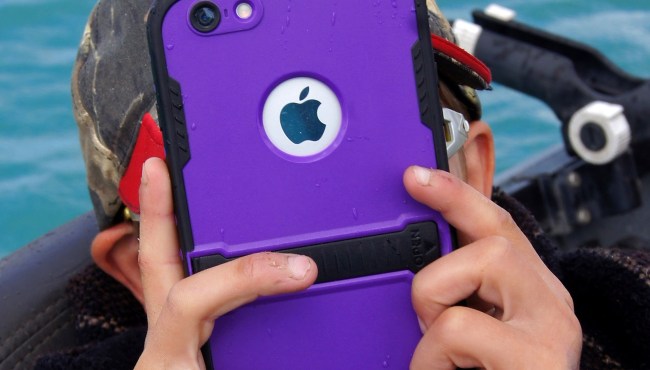 Six-year-old George Johnson recently made one of every parents’ worst nightmares come true when he racked up a bill of more than $16,000 on in-app purchases while playing a mobile game on his mom’s iPad.

I know, I know… the first question you want answered is what game was he playing, right?

I don’t think I could do that even if I was trying to, but then again, I’m not six.

While working from home during the pandemic, Wilton., Conn., real estate broker Jessica Johnson, 41, didn’t realize the younger of her two sons had gone on a shopping spree on her iPad. Over the month of July, George bought add-on boosters — starting with $1.99 red rings and moving up to $99.99 gold rings — that allowed him to access new characters and more speed, spending hundreds of bucks at a time.

Wait… it gets worse. Much, much worse.

Later, she discovered that her Chase account was getting charged even more mysterious lump sum fees of between $500 and $600 with the payee being Apple and PayPal.

So, she called her bank to find out why she was receiving these charges and even after that she still had no idea what or why this was happening.

“The way the charges get bundled made it almost impossible [to figure out that] they were from a game,” she said.

Thinking there had to be some sort of mistake, Jessica filed a fraud claim for $16,293.10.

It wasn’t until three months had passed that she finally learned that the charges were a result of her son’s Sonic Forces handiwork and contacted Apple.

When the Apple customer service rep told her that she should have turned on a security setting that would have prevented this from happening, her thought was, “Obviously, if I had known there was a setting for that, I wouldn’t have allowed my 6-year-old to run up nearly $20,000 in charges for virtual gold rings.”

Her best defense was in stating the obvious, not that it worked.

“What grown-up would spend $100 on a chest of virtual gold coins?” adding, “It’s like my 6-year-old was doing lines of cocaine — and doing bigger and bigger hits.”

Apple, Chase, and Sega, as one would expect, all declined to comment on the ridiculous number of microtransactions her son racked up.

“My son didn’t understand that the money was real. How could he?” she pointed out. “He’s playing a cartoon game in a world that he knows is not real. Why would the money be real to him? That would require a big cognitive leap.”

The New York Post had a story yesterday about a kid who racked up $16,000+ off microtransactions in Sonic Forces. With all that in mind, this particular bit of the story jumped out at me the most and recontextualized everything. pic.twitter.com/gzo2XwZ9bz

Oh yeah, this is definitely all the dad’s fault.