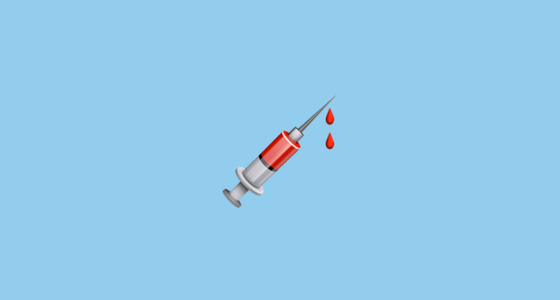 As the COVID-19 Vaccine rolls out across both the United States and the world, all hands are on deck to ensure as many people as possible receive the vaccine. Even Apple is pitching in, as they’ve recently updated the look of their syringe emoji in an effort to have it look less gruesome. Specifically, Apple has decided to remove the blood that is filling and leaking out of the syringe. 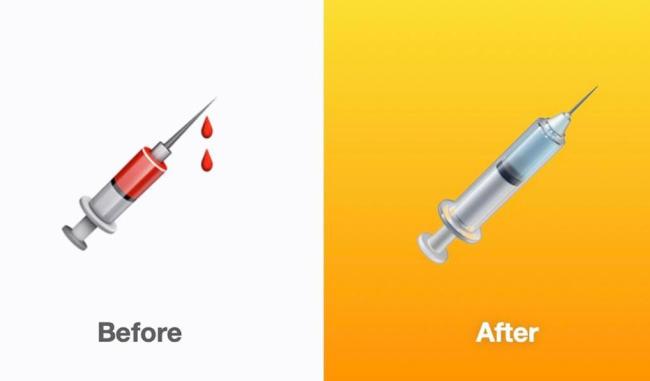 The newly-designed syringe emoji comes with Apple’s iOS 14.5 beta update, which also rolled out a heart-on-fire emoji, a face-with-swirly-eyes emoji, and added the ability to put a beard on both male and female emojis. T

“Removing the blood makes this emoji more versatile, and also might remove any misconception that vaccination involves blood. Whether this directly impacts how the emoji is used or if it assists vaccination rates we don’t yet know, but it shouldn’t hurt,” Jeremy Burge, the chief emoji officer of Emojipedia (lol), told CNN.

This isn’t the first time Apple has tweaked an Emoji in response to the pandemic, as the person-wearing-a-face-mask was updated to be given a smile.

Bruge also told CNN that popular emojis during the pandemic have included “the microbe (🦠), the face mask (😷) and prayer hands (🙏)” and that “Emojipedia said it saw an ‘upward trend’ for the syringe emoji in its analysis of 2020 emoji trends.”

CNN reached out to Apple for a comment but they did not provide one.