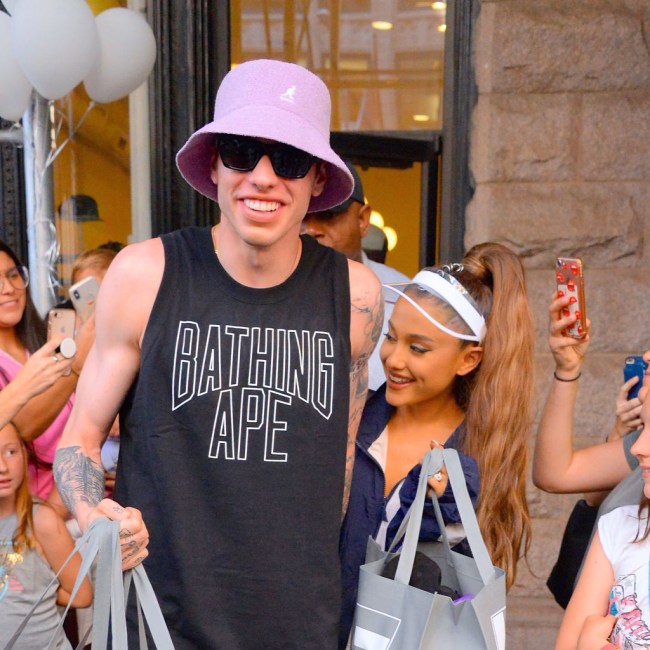 Pete Davidson made droves of internet commenters feel like giant assholes yesterday when he wrote a candid Instagram post about the vitriol he’s faced on the internet in the wake of his split with Ariana Grande. The 25-year-old said he’s been getting “online bullied and in public for 9 months,” even after he’s opened up about his struggles with bipolar disorder and being suicidal.

Today, Ariana Grande posted an Instagram story urging her avid fans to be kinder to her ex-fiancé.

i know u already know this but i feel i need to remind my fans to please be gentler with others. i really don’t endorse anything but forgiveness and positivity. i care deeply about pete and his health. i’m asking you to please be gentler with others, even on the internet. i’ve learned thru my own mistakes not to be reactive on socials so i do understand. but you truly don’t know what anybody is experiencing ever. regardless of what they choose to display on social media or how they may appear in public. i can promise u that. so please let whatever point you’re trying to make go. I will always have irrevocable love for him and if you’ve gotten any other impression from my recent work, you might have missed the point.

Ok Ariana, then maybe you shouldn’t have slammed Davidson on Twitter for using the breakup to stay relevant. Or released a song and cultural phenomenon called ‘Thank You, Next.‘ Oh no you didn’t, girl!

Why am I invested in this again? I think it’s because I like them both, but there are certain pitfalls that come with being incessantly lovey dovey publicly before abruptly bailing on each other. Both of them are mega-stars, they should know that people crave a good falling from grace story. Gotta keep everything in-house going forward. Being Famous 101.