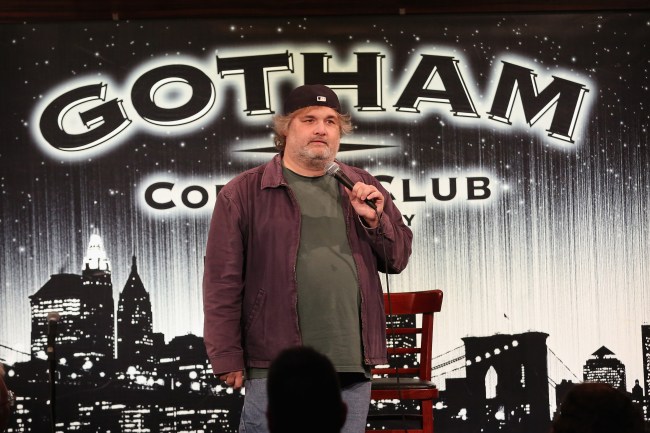 This was just the news I needed for a Friday afternoon. Last month, it pained me to write the news of Artie Lange getting arrested for skipping a court date related to a drug arrest. It was no easier to deliver the news of Artie collapsing after a stand-up gig in July only to be rushed to the hospital where he had emergency surgery to fix a hole in his naval cavity. And seeing Artie’s alarming selfie from December 9th certainly had me believing the troubled comedian was running on borrowed time.

I am relieved to present you bros with some good news. Artie Lange is now 32 days sober. Artie tweeted Friday:

“I’m back guys. Clean & Sober 32 days. One day at a time. Thx to u guys. The greatest fans in the world. I love you all for not forgetting me. To the ones who did. I’m so sorry. I’m a [junkie]. But a recovering one right now.”

“No matter what I promise u guys if get knocked down on the canvas I will always get up. Especially now cause Dan Falato’s helping me get up,” Lange said of his radio producer. “U will hear from us soon. Peace.”

According to Radar, Artie is still being treated at a New Jersey Hospital and plans to fly to Atlanta for drug rehabilitation following his arrest.

Granted 32 days is just 32 days, but when you consider the momentum Artie’s downward spiral was picking up, a turn in the other direction is almost a miracle.

We need Artie to stick around for many more years. If you haven’t seen his appearance on Joe Buck from 2010, you gotta check it out. Diabolical.