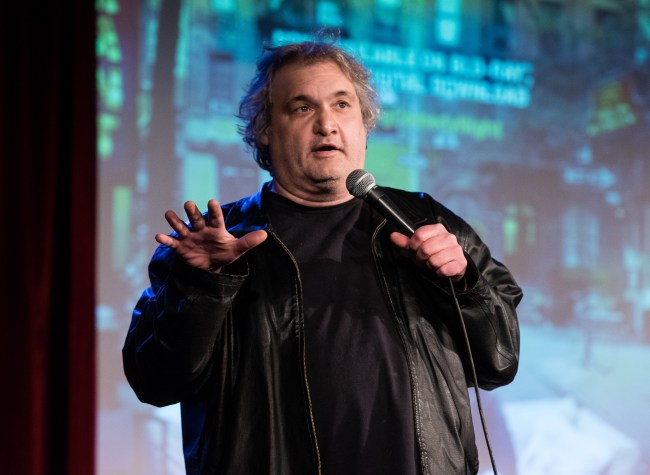 Artie Lange was released from rehab over a week ago, and for those who thought he’d dive back into his self-destructive ways, you were wrong. At least for now.

Upon his departure from rehab, the 51-year-old comedian posted a photo of himself looking like a clean sex machine who would rather search for a good deal at Dick’s Sporting Goods than a bag of heroin.

Lange is just days away from being 8 months sober, the longest sober stint he’s experienced in over 30 years, he reports.

The former Howard Stern sidekick joined “TMZ Live” Wednesday to discuss why this time he’s more committed to sobriety than ever before.

When asked about why now is more of a wakeup call than, say, when he spent two months in county jail, Artie was characteristically candid:

“The honest answer is real consequences.

I’ve been going to jail since the mid-80s. The first time I got arrested was for attempted bank robbery when I was 17 years old. I’ve lead a crazy life. I’ve been in-and-out of jail. I went to Los Angeles County jail back in the mid-90s. But I’ve never had real real consequences where I was threatened prison.

Three years ago I was caught with a lot of heroin and cocaine, and I kept violating probation. And finally, the judge said to me, we’re going to give you this thing called drug court where if you screw up again, you’re going to prison for a long time. And I did about two months in county jail with some crazy people, and I was able to survive, but I was sick of seeing my mom cry and I didn’t want to go to prison. So, I got myself better, and I’m still on drug court, and it saved my life.”

Asked about his flattened nose, Artie said that it is a product of multiple bad decisions and while eventually he’ll get it fixed, it now serves as a reminder of the reckless life he once lead.

“Eventually I’ll get it fixed. I can still breathe and everything, which is the most important thing. But right now, every time I look in the mirror, it’s a reminder of the nutty life I had.

Besides snorting heroin and cocaine for the past 32 years, I got punched in the face by a guy collecting for a bookie because I’m also a degenerate gambler. But, I accidentally snorted glass in a hotel room in St. Louis. I should be dead.

So my nose has been through hell, but it’s a reminder to young people who are messing around with dope and blow. Look at my nose. This is what could happen.”