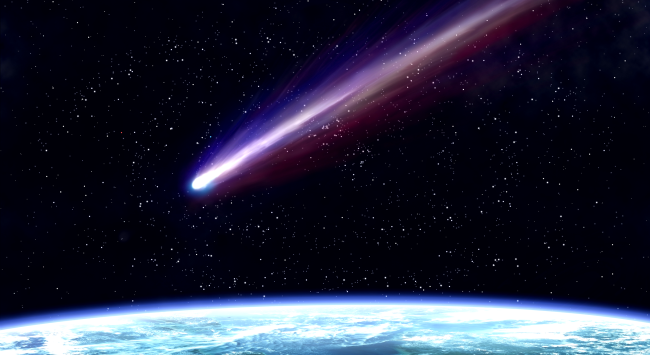 Mark your calendars. Asteroid 2021 NY1 is about to come by and say hello to Earth.

The Apollo-class asteroid, which is somewhere between 427 and 984 feet wide, is predicted by NASA to be on close approach and will pass by our planet on Sept. 22, 2021.

While that may not sound very close, in relative terms of outer space it isn’t completely insignificant.

That’s assuming that the Yarkovsky Effect, which can change an asteroid’s orbital path, doesn’t occur with this particular space rock. 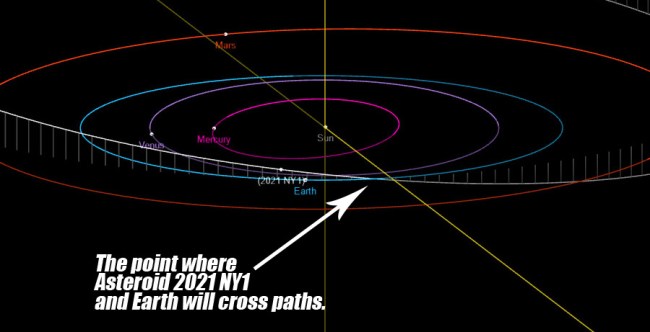 This is why NASA classifies Asteroid 2021 NY1 as a Near-Earth Object, which they define as “an asteroid or comet that approaches our planet less than 1.3 times the distance from Earth to the Sun (the Earth-Sun distance is about 93 million miles).”

Asteroid 2021 NY1 is also considered to be a Potentially Hazardous Object by NASA, “because the gravitational tug of the planets could, over time, cause an object’s orbital path to evolve into an Earth-crossing orbit. This allows for the possibility of a future collision.”

There is some chance that you have reached this page because of some news stating that there is a significant risk that Asteroid 2021 NY1 will hit the Earth in the near future. Asteroid 2021 NY1 is in fact known as a Near Earth Object (or NEO), i.e. an asteroid whose orbit is close to intersect Earth’s orbit. These asteroids are monitored very closely and, thanks to high precision position observations and celestial mechanic computations, their orbit is usually known with a high level of precision.

Based on the latest high precision orbit computations performed by the Jet Propulsion Laboratory (JPL), it is confirmed that Asteroid 2021 NY1 is not going to impact Earth in the near future.

So it’s all good, right? Sure. If you believe NASA, who never tries to conceal the truth and never keeps anything hidden from the American public.