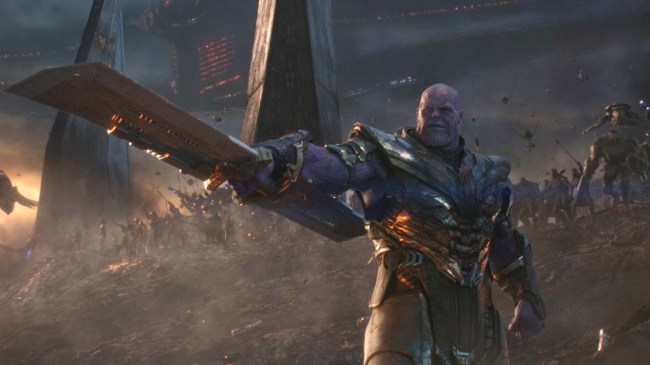 What makes Avengers: Endgame so different from the rest of the films in the Marvel Cinematic Universe (except for, like, both Guardians of the Galaxy and Avengers: Infinity War), is that it packs a legitimate emotional wallop, far more than your usual, standard blockbuster popcorn affair.

Whether it be the death of Tony Stark and Natasha Romanoff or the fist-pumping moment where Captain America finally wields Thor’s godly hammer Mjolnir, Avengers: Endgame is chock full of moments that will tug at your nerdy heartstrings.

However, according to Marvel Studios president Kevin Feige, the original iteration of Avengers: Endgame was actually much darker.

After the directors of the film, Joe and Anthony Russo, previously revealed that they considered having Thanos rip the fucking head off of Captain America, Marvel Studios president Kevin Feige told Empire Magazine that Avengers: Endgame almost included a dark detour to a Thanos-ruled future.

“I think there are behind the scenes pictures of this, us having the giant omnibus of the Infinity Gauntlet comic collection and saying, we need to do justice to this,'” Feige told Empire Magazine.

“One of those images was Thanos sitting on a throne of skulls, ruling over everything and we wanted to get that in there. One of the ideas was, when they finish the time heist, they returned to a world [in 2023] that Thanos had already conquered, that involved all of that, the throne made of bones and skulls and had him tossing, like a bowling ball, Captain America’s severed skull head, still in the cowl, to Captain America. And it was pretty cool, but the logic to get there defeated us.”

I mean… holy shit, you guys. I get that you wanted Endgame to live up to the hype, but that’s like… DCEU levels of unnecessary darkness.