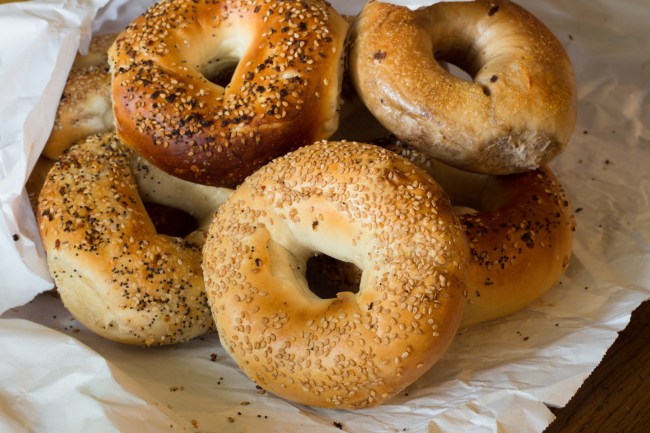 By now, if you have a stable internet connection, you’ve probably heard about Stephanie Denaro aka Bagel Karen, the 38-year-old New York City woman who called a bakery worker the n-word after being refused service for not wearing a mask.

Denaro, a former New York University student and published poet, uttered the slur in the presence of her four mixed race children in a video that would be seen millions of times in just days.

Durven Dawes, ex of Denaro and father to their four children, describes Stephanie’s verbal assault as “race spitting poison,” but claims it is nothing new for her. Dawes ironically happens to be black.

If anything good is to come of this mess, it’s the outpouring of support for Vic, the 30-year-old bakery worker who absorbed the hate as professionally as one possibly can.

He says during his Wednesday shift, one guy handed him a $100 bill in an envelope while another gifted him a $100 Metro card to help with his commute. Vic tells us his tip jar’s also been stuffed … and people have been calling the bakery to ask for his Venmo as well.

What’s more is that a Mercy College, a private university alongside the Hudson River, is now offering Vic a scholarship to further his education and help fulfill his dream of starting his own clothing line.

A spokesperson for Mercy College tells TMZ they reached out to him about a scholarship so he can further his education. We’re told the calm and respectful demeanor in which Vic handled himself is what drew Mercy’s attention.

The spokesperson said they’ll discuss with Vic to see what scholarship makes sense for him. As for Vic … he tells us he’s definitely going to accept the offer. He wants to study business management.

Vic reportedly attended college for one year in Belgium but left school to pursue a professional soccer career.