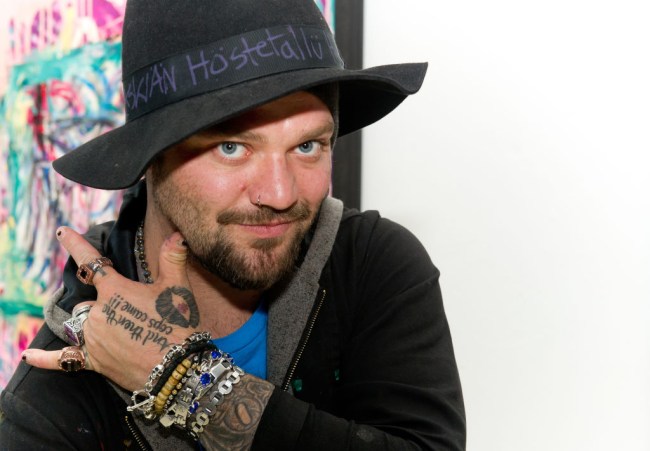 In the early 2000s, the members of the Jackass crew provided the world with endless entertainment thanks to their willingness to put their bodies on the line for our amusement, but sadly, a number of them would go on to pay the price.

Some of the guys who rose to fame by inflicting pain upon themselves for laughs would turn to various substances to deal with the fallout, whether we’re talking about the plethora of drugs Steve-O used to self-medicate or the alcohol abuse that would ultimately lead to the death of Ryan Dunn.

At the beginning of the year, Bam Margera found himself checking into rehab for the third time to deal with his own substance abuse issues that were reportedly made worse by Dunn’s passing.

However, it didn’t take long for him to go back to his old ways.

Last week, the man who made a name for himself by hilariously terrorizing his family disowned his mother and reached out to Dr. Phil for help, and following a long sit-down, he found himself in rehab yet again.

However, it appears his most recent stint didn’t last very long (nor did it appear to be very effective), as TMZ reports the skateboarder-turned-stuntman was arrested in Los Angeles on Wednesday morning after harassing a number of patrons at a hotel—an incident that was caught on video.

Here’s how things went down:

Bam was booked at 2:30 AM Wednesday by LAPD. Cops tell us they were called to the Luxe Hotel on Sunset after a hotel staffer placed him under citizen’s arrest. Bam refused to leave the premises after talking trash to hotel patrons…

The officer told Bam, “This is not a fucking reality TV show. I know you’re fresh out of rehab, so let’s get your shit together.” Bam had been spinning a weird story with a couple of customers in the bar — that he’d been hired by one of their wives to catch him cheating … and he stuck to that even once cops arrived.

Margera was ultimately charged with trespassing and was detained on $1,000 bail.

Here’s to hoping he can indeed figure out a way to get his shit together.