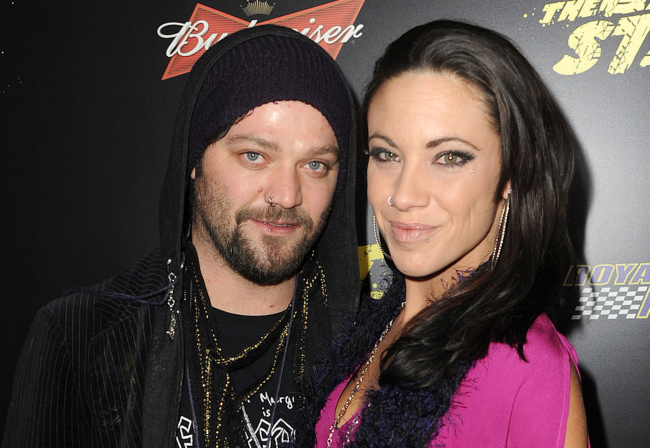 The summer from hell continues for Bam Margera.

On top of being unceremoniously axed from the fourth installment of Jackass, it’s now being reported his wife of eight years, Nicole Boyd, is seeking full custody of the couple’s 3-year-old son, Phoenix Wolf.

According to court docs obtained by TMZ, Boyd is willing to give Bam visitation, but only with a monitor who must be approved by her.

What’s a bit unconventional about the filing is that Boyd has not filed to end the couple’s marriage, just moving to take full ownership over Phoenix, which may speak to her desire to shield the toddler from Bam’s erratic behavior as of late.

In an appearance on Dr. Phil in 2019, Margera said his “family is in shambles,” revealing that he couldn’t “stand” his wife but was worried about separating from her because she’d use their then-18-month-old son as “bait.”

“Nicki I can’t stand. No, I can’t stand her. I’ll tell you why,” Bam said. “Let’s start with Phoenix Wolf. I have an 18-month son and he’s the best, and I love him to death and Nicki knows that. And if we separate I know she’s gonna use him as bait and I ain’t playing that f*cking game so you can have him.”

Margera was fired from the Jackass Forever production in August after testing positive for Adderall, violating a “wellness agreement” that he sternly contested.

Since the firing, the 41-year-old has instructed his 2+ million Instagram followers to boycott the movie, been on the wrong end of a restraining order levied by Jackass director and ex-friend Jeff Tremaine, made threats against Johnny Knoxville, and filed his own suit against Spike Jonze, Paramount Pictures, MTV and more, which claims inhumane” and “discriminatory” treatment leading up to his firing.

Margera’s social media is quiet at the moment, but we’ll keep you posted.