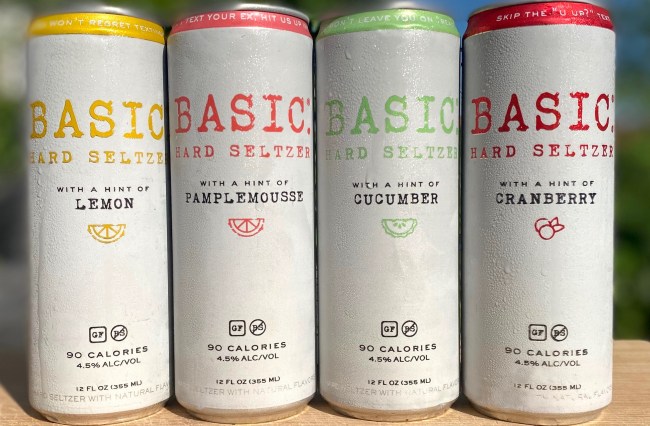 Some of the most notable thinkers to ever walk the Earth have downplayed their achievements by noting they were only able to accomplish what they did by standing on the shoulders of the “giants” that came before them<, as many of the figures immortalized by history were simply building on a foundation constructed by others whose names have been lost to time.

There are countless examples you could use to highlight this reality but humanity as a whole wouldn’t have been able to get where it is today if it wasn’t for the countless brave souls who spent tens of thousands of years playing a fun little game called “Will This Kill Me If I Eat It?” Popularized by early Homo sapiens, it involved spending your entire life wandering around in search of sustenance, with winners receiving enough energy to play another round and losers learning that the answer was “Yes” in the worst way possible.

Millennia’s worth of trial and error produced some valuable insights, as you can now confidently make mushroom risotto to impress a date without having to fret about whether or not they’ll end up dead on your floor or sitting motionless on your couch for three hours unlocking the secrets of the universe.

Psilocybin is just one of the many mind-altering substances we know and love today that was initially discovered by someone who was simply looking for some nourishment and ended up getting way more than they bargained for, and if you’re a fan of alcohol, you owe some gratitude to whoever first took a gamble on the fermented fruit they stumbled upon.

Ever since then, people have been dreaming up various ways to get their drink on and every major ancient civilization harnessed its most readily available resources to whip up various concoctions. Thanks to its simplicity, mead was initially all the rage in societies around the world but beer eventually had a big moment in the Fertile Crescent, rice wine took China by storm, and the Greeks and Romans used grapes to spark a love affair of their own.

From that point, it was off to the races, and over time, constant tinkering and experimentation helped create a world where anyone in the mood to booze has countless options to pick from. At this point, basically every substance that can be converted into alcohol has been but people are still dreaming up game-changing innovations that come along every now and then and proceed to turn the world on its head.

Despite the efforts of the massive ad campaign that encouraged drinkers to shove it down their throats in the 1990s, Zima was not one of those inventions. The fizzy alcoholic beverage may have been frequently mocked over the course of the decade but I’d argue it deserves much more respect when you take a closer look at its lasting legacy.

If it wasn’t for Zima, we probably wouldn’t have Smirnoff Ice and would consequently live in a world absent of the infinite amount of entertainment brought to us courtesy of the bros who carefully nestled 24-ouncers inside toilet bowls before crashing on a Saturday morning to greet their unsuspecting counterparts when they went to puke off a hangover in the early 2010s.

However, that pales in comparison to the most disruptive force the drinking world has seen in recent memory; one that was only able to thrive because Zima died: hard seltzer.

It’s been a little over a year since hard seltzer absolutely exploded onto the scene, and if there are indeed no laws when you’re drinking White Claws, there are a lotta lawbreakers in the United States, as the industry as a whole saw sales increase over 225% in 2019 compared to the previous year.

Companies quickly scrambled to get in on the action, with PBR branching out from its roots, Four Loko remaining incredibly on-brand, and Natty Light subjecting itself to an infinite number of “Well, their beer is already water anyway” jokes with a couple of varieties that managed to take the top spot when I sampled as many different brands as I could track down.

There were some people who thought the hard seltzer craze would meet the same fate as the spiked root beers and other boozy sodas that failed to live up to the “Next Big Thing” label after having a moment last decade, as it seemed like there was a solid chance the fad could end as soon as it started when the summer came to a close.

However, there’s a chance the sector could experience an even larger boost in revenue than it did last year by the time 2020 comes to a merciful end thanks in no small part to the new players that continue to enter the market—including one blip that recently appeared on my radar in the form of Basic. 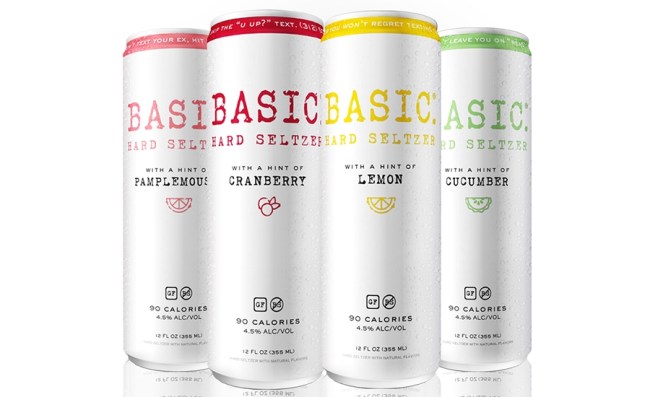 I’ve never been the kind of person to count calories or track macros or do any of the things I probably should to promote my own well-being, but I didn’t need a scale to realize my affinity for crushing tallboys of uberhopped double IPAs wasn’t doing me any favors in the health department a couple of years ago, which was part of the reason I started to incorporate hard seltzer into my drinking rotation in the first place.

I had originally attempted to use vodka sodas to cut back a bit before realizing my preferred recipe of “pour an indeterminant amount of Tito’s into a glass and add seltzer until it’s palatable” wasn’t really helping the issue I was trying to address. Thanks to the canned variety, I actually know how many standard drinks I’m consuming (which is not the case when I use them as a mixer when I’m having one of “those” nights, but hey, at least I’m making progress).

I was first introduced to Basic shortly after having one of those moments where you go to take out the recycling and make the grave mistake of thinking about how many fewer calories you would’ve consumed in life if you’d never started drinking and end up needing a drink to calm your nerves a bit.

There are other hard seltzers on the market that contain fewer calories than the 90 you’ll find in a can of Basic but most of them clock in lower than the 4.5% ABV it sports, making it one of the best pound-for-pound punchers that I’ve come across. If you happen to be blessed with a digestive system that’s not a big fan of grains, it also doesn’t contain any gluten, and if you’re the only person still doing the Atkins diet in 2020 (or are just trying to watch your carb intake), you’ll only get dinged a single gram.

Of course, there’s no point in discussing what you’re putting into your body if you’re going to immediately spit it out in disgust, but thankfully, that wasn’t an issue here. I had a hazy memory of the first seltzers I sampled by the time I got to the end of my aforementioned taste test last year, so while I’m not going to attempt to rank Basic among those, it certainly holds its own.

Cranberry was probably my favorite of the flavors that I tried, followed by grapefruit (or “pamplemousse” if you’re feeling exotic) and lemon, all of which were on the sweeter side of the spectrum but thankfully falling far short of sickly. It has an almost malty flavor note that I’ve encountered in other hard seltzers that I’ve had trouble pinning down but have taken to describing as “graham cracker,” so do with that what you will.

This might make me a bad reviewer but cucumber and I do not get along, so while I delegated that task, the trusted source who tried it claimed the taste is as advertised and said they “definitely crush a few of these while shirtless on a lawnmower.”

If that’s not a ringing endorsement, I don’t know what is.

Basic is slowly rolling out around the United States, so if you’re looking to diversify your hard seltzer portfolio, you’d be making a solid investment by picking some up if you stumble across it in the wild.