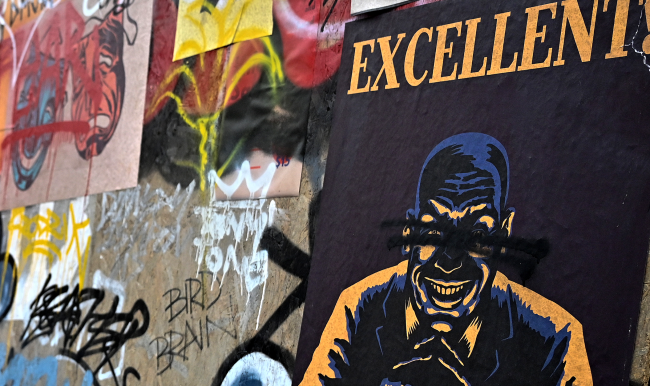 Many people are very excited that after one Batman reboot after another there is finally going to be a movie made that revolves around Batgirl.

Naturally, any time there is a movie or TV show that centers on an iconic superhero there is always much anticipation waiting to see what the costume is going to look like. No one wants another Green Lantern debacle or a Batsuit with nipples.

So when HBO Max and Batgirl actress Leslie Grace revealed what the costume is going to look like over the weekend, fans had many reactions and not all of them were good.

“I use their expectations against them,” Grace captioned the photo. “That will be their weakness. Not mine. Let them all underestimate me…

“And when their guard is down, and their pride is rising, let me kick their butts.” – Batgirl, Year One

Sadly, the Batgirl suit did not meet many fans’ expectations.

That costume OMG 😂😂
Is this DCEU or CW ? 😂😂😂 pic.twitter.com/mAn5Vygvsg

Surprisingly, rather than just ignore all the noise, Batgirl co-director Adil El Arbi instead decided to fire back, telling fans to “STFU and wait for the film!”

Director Adil El Arbi has posted a meme on his IG about the response to the Leslie Grace #Batgirl suit reveal. 🦇 pic.twitter.com/M6Hlply0RI

Of course, that didn’t work with everyone.

Bruh... Wait for what? Will they explain to us why she made the costume worse than in TV series and cosplay? pic.twitter.com/U7HJ4lHTm7

“wAiT fOr ThE FiLm!” Wtf did he expect? Of course you are going to get a variety of responses when releasing an image before the film actually comes out. I swear these directors 🤦‍♂️

What many fans failed to understand is that the movie is about Batgirl’s early years. Years in which she, like Peter Parker, made her own suit.

Wait for the movie. This is a first look of the first suit. She's going to meet Bruce and get upgraded. Have you ever seen a superhero movie before??? pic.twitter.com/2uDrzXvYwm

I see way too many people in the replies completely missing the purpose of this Batgirl costume. It's MEANT to look like she threw it together on her own. Because she did. That's the point.

So, while Adil El Arbi probably could have been a little bit more diplomatic with his response to all of the whining about the suit, he’s not wrong.

However, there hasn’t been any official plot for the movie revealed yet, which certainly didn’t help with the misunderstanding.

All we do know is that it is going to be released sometime in 2022 and that Michael Keaton will be back as Batman, J.K. Simmons will be portraying Commissioner Gordon again, and Brendan Fraser has a role in the film, playing Garfield Lynns, AKA Firefly.