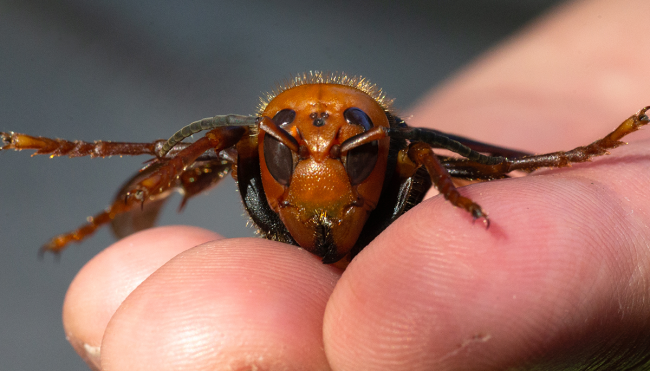 The past year has been filled with countless developments that made people think there was no way the world could get more miserable than it already was before the universe said “Hold my beer.” As a result, you can be forgiven for forgetting all about the “murder hornets” that caused quite the stir when they started to set up shop in the United States last spring.

At the time, most people didn’t really need any additional excuses to avoid going outside. However, they also didn’t need any extra motivation to stay cooped up—especially one that came in the form of two-inch-long wasps with an excruciating sting that claim upwards of 50 lives in Japan on a yearly basis.

When the insects first popped up in the state of Washington, officials quickly set out to stop a potential invasion. They may have hit a few road bumps along the way, but when you consider Americans haven’t been told to swap their masks for beekeeping suits, it would appear they did a pretty solid job.

Words can not describe how happy I am about that being the case, because based on a video an actual beekeeper recently posted on TikTok showcasing his encounter with a swarm of hundreds of murder hornets, I’m pretty sure I would literally never venture outdoors if they’d failed to stop that spread.

I’m sure he’s perfectly safe inside that fancy suit, but as someone who freaked out after the mask I was wearing broke when I was shopping for groceries, that’s going to be a hard pass for me.