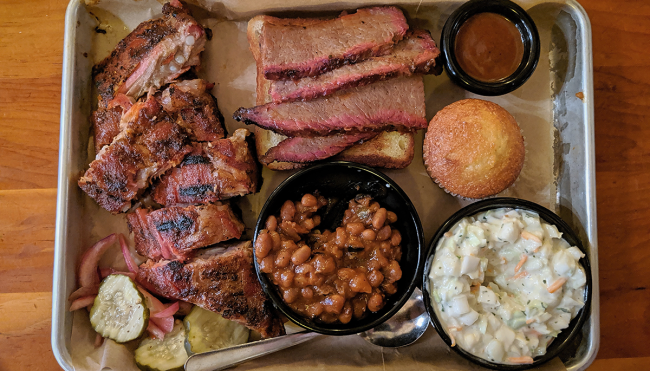 There are plenty of strategies you can deploy if you’re in the mood to rustle some jimmies on the internet. However, based on what I’ve seen over the past couple of years, there’s nothing more effective than whipping up a map of the United States that purportedly reflects America’s favorite things before watching people lose their minds.

Most of these exercises in antagonism are based on the questionable data and methodology that’s led people to believe there are states out there who love nothing more than chowing down on some circus candy on Halloween or gathering the family to watch the Christmas classic that is Edward Scissorhands whenever the holiday season rolls around.

Earlier this week, the internet was blessed with the latest in a long line of excuses to get irrationally angry about fairly trivial things courtesy of a map showing America’s “Top Cities For BBQ.” It claimed to be based on Trip Advisor ratings (I’ve received multiple messages from multiple reps for the outlet who want to make it very clear they had no involvement with the map’s creation,) but if you’re familiar with the areas of the country known for a love of smoking meats that puts Mark Zuckerberg’s to shame, you shouldn’t have trouble seeing why it’s managed to get people so heated.

you could teach a whole class on statistics using this chart and working through what went wrong pic.twitter.com/LRAS29ntc1

While the BBQ scene in the United States has become increasingly splintered over the past couple of decades, the country has historically been broken down into the four most notable regional styles that are defined by their signature approach to the cooking method:

While the Carolinas are represented on the map, the same cannot be said for the three other areas—which is especially puzzling when you consider Seattle and Miami managed to make the cut. As a result, people were more than happy to sound off when the cursed image started making the rounds.

A best BBQ map without Kansas City or a single city in Texas is just not worth taking seriously https://t.co/uwWqQ6HlGT

Did a pig make this map https://t.co/TG23vDJm5R

Yes, we've seen the "Top Cities for BBQ in the US" @TripAdvisor map.

Our official statement is "LOL."

piling texas brisket onto this map until it is completely obscured from my vision https://t.co/RJ7s9l6yc6

A couple of online detectives attempted to figure out how this ungodly creation came into existence in the first place, and the explanation seems to boil down to the fact that whoever whipped it up has a grasp on statistics that leaves an incredible amount to be desired.

They took a list of the top 75 largest cities in the US.

Then, they looked at the Trip Advisor ratings for every BBQ restaurant in each of those 75 cities.

Additionally, they have a sub list on the blog where TX and TN rank very highly (Cities w/ Highest number of 4.5+ star restaurants) pic.twitter.com/yCfct8uqrS

The category error on this map is that five-star reviews are mostly a function of expectations, not some sort of standardized national index of quality.

If you found Texas-caliber BBQ in Seattle, you’d probably give it five stars, too! https://t.co/JDnMwA8HQu

However, if all press is indeed good press, something tells me they’re perfectly fine with how it all played out.