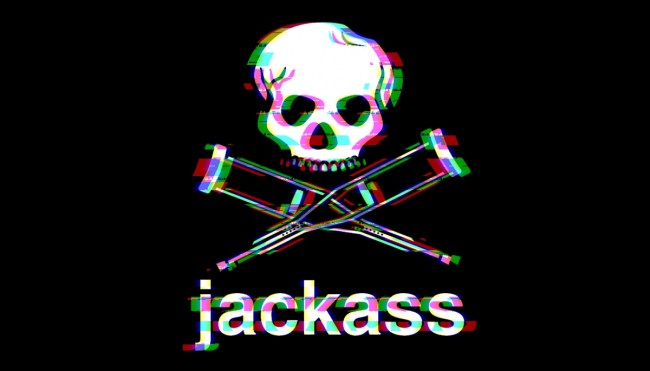 It’s been over two decades since MTV treated emergency rooms across America to an uptick in visitors courtesy of the many Jackass viewers who soundly ignored the “Do Not Try This At Home” disclaimer that prefaced every episode.

The series that spawned multiple movies and a number of spinoffs is one of the more unlikely success stories you’ll ever encounter, as Johnny Knoxville and his merry band of pranksters somehow managed to turn a series of skateboarding videos best described as “shitheads being shitheads” into a beloved franchise that appears to finally be coming to an end.

On Tuesday, we were treated to the first trailer for Jackass Forever, the swan song that’s currently slated to hit theaters in October.

Forever young and still funny in the head. Check out the NEW trailer for #JackassForever and see our big dumb movie in theaters everywhere October 22, 2021. pic.twitter.com/9ymUlODTmP

When you consider Knoxville and Steve-O couldn’t even make it through the first two days of filming before having to take a trip to the hospital, you have to imagine this cinematic farewell will be a fitting end to one of the rare forms of entertainment that’s managed to expertly straddle the fine line between lowbrow trash and high art for over 20 years.

As a longtime Jackass fan, I don’t really need an excuse to go back and revisit some of their finest moments. However, the new trailer gave me an excuse to do exactly that, and I decided to round up the six stunts that sum up its essence better than any others.

One of my favorite aspects of Jackass is the incredible gullibility of the guys who know there’s a chance they’ll be at the receiving end of some unannounced shenanigans at any given moment but still manage to routinely fall victim to covert capers orchestrated at their expense.

There aren’t many pranks that highlight this phenomenon quite like the time Wee Man signed up to have Champion Card Thrower Jim Karol use his butt for target practice while unwittingly perched atop a stool wired to deliver an electric shock to his posterior at a moment’s notice.

Despite the audible sound it makes every time it’s triggered, Wee Man succumbs to the trap four times before realizing something is amiss. Just when it seems like the jig is up, he manages to escalate the hilarity to an unprecedented tier when he accuses the group of employing a “card-throwing machine” before the reality finally dawns on him.

During the first season of Viva La Bam, Rake Yohn was instructed to hit what he was told was an empty pinata for a stunt that would come together in post-production with the insertion of “digital bees” only to discover that was not the case when he took a wack.

This beecentric caper is a bit more straightforward; it features Margera and Knoxville ambushing a quartet of Jackass members who had their ride to a nonexistent photoshoot rudely interrupted when the duo poured a bunch of bees through the sunroof.

If it had simply ended there, it wouldn’t have made the cut. However, the decision to dump a bunch of marbles on the ground prior to unlocking the door to the vehicle is a masterclass in slapstick that would make The Three Stooges proud.

Jackass has a proud tradition of allowing various creatures to flip the script on animal cruelty by giving them the opportunity to dole out some physical punishment to the members of the Jackass crew, who have no qualms about swimming with sharks or letting an alligator chomp on their nipple.

In Jackass 2, bulls were given multiple chances to reak havoc at the expense of largely defenseless humans during both the elaborate stampede setpiece that kicks off the movie as well as this iconic segment that never gets old.

The “High Five” from Jackass 3D is the spiritual successor to the springloaded boxing glove concealed behind the love note that some female fans supposedly posted on the wall of the hotel the members were staying at.

This stunt is the epitome of “go big or go home,” and the world is a better place because of it.

You could argue that making life difficult for unsuspecting strangers is a pretty cheap way to try to garner a laugh. With that said, watching golfers having their good walk spoiled by a camo-clad trio wielding an airhorn while hiding in the trees nears the tee box is nothing short of comedy gold.

Knoxville saying “I have bursitis” to justify his use of the airhorn is one of the funniest things he’s ever done, and would arguably be at the top of the list if it wasn’t for the stunt that tops this one.

Anyone who’s ever seen the legendary match between Knoxville and heavyweight boxer Eric “Butterbean” Esch had to know this was going to land in the top spot.

Like many Jackass stunts, a fair amount of the humor is derived from the horrified reactions of the spectators who saw their shopping excursion derailed in an almost unfathomable fashion. However, the bulk of the credit here goes to the man largely responsible for generating those shocked looks by voluntarily agreeing to go toe-to-toe with an impossibly large human being who makes a living punching people.

If you need any proof Knoxville is one of the most brilliant comedic minds on the planet, I would direct you to this clip, as I can’t count the number of times I’ve laughed after hearing the severely concussed Jackass ringleader ask “Is Butterbean OK?” while having the gaping wound in his head been attended to.