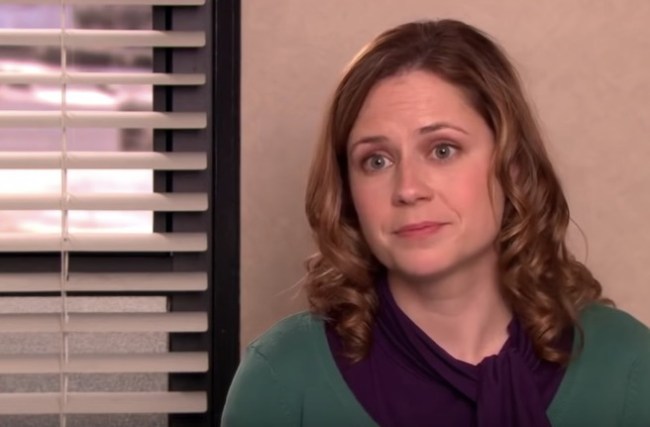 If it seems like I’ve been sharing a lot of content from NBC’s The Office lately it’s because I have. The official YouTube channel for The Office still remains extremely active after all these years. You’d think it might’ve disappeared after the show ended in 2013 but that isn’t the case at all.

As a show, The Office continues to remain hugely popular thanks in part to Netflix where it’s one of the most binge-watched TV shows around. People just watch and re-watch this show every single day while ignoring all the other shows on Netflix. I get it, binge-watching 30 Rock as white noise to fall asleep every night is my routine.

But the episodes never change no matter how many times you watch them and that’s where the YouTube channel for The Office keeps things fresh, by constantly releasing new supercuts of the most popular characters. In this one from a few weeks back that slipped passed me, they pay tribute to the one and only Pam Beasly who goes on to marry (spoiler alert) Jim Halpert.

Pam was one of the four most important characters on The Office along with Jim, Michael, and Dwight. It seemed like the show just revolved around their lives with Pam and Jim’s romance assuming the central plot role on the show. Here, we get to see Pam’s finest moments but condensed into one supercut.

If you enjoyed that then you’ll probably enjoy this supercut of Dwight Schrute’s finest moments from The Office, I’ve linked a few other great ones below as well:

Looking for more? I’ve got you covered: