What’s That, New Jersey Haters? Can’t Hear You From The Top Of These ‘Best States To Live In’ Rankings 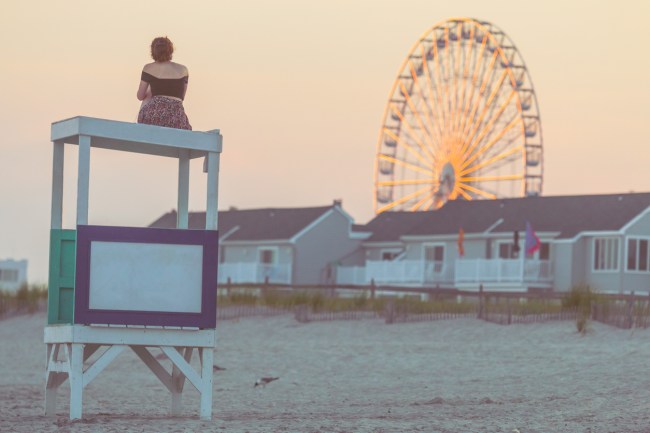 Fuckin’ New Jersey, man! About god damn time if you ask me. How many cultural icons, how many miles of pristine coastline, how many perfect slices of pizza must we produce until we get the credit we deserve? From Springsteen to Soprano, from Sicilian pies to chicken parm subs, from sun-soaked summers to snow-covered winters — New Jersey has got it all.  Calling New Jersey the Armpit of America is like calling AOL the premier internet service: you’re livin’ in the past, man.

But as we enter our brave new world, perhaps that means the antiquated state stereotypes will stay where they belong: in the past. Perhaps now New Jersey will finally be recognized as what it is — one of the best states in the country.

If you want to spend your entire year in the sweltering heat, then fine, Jersey is not for you. But if you want to experience the seasons, I’d argue there’s no state that offers as much diversity as Jersey does. North Jersey is essentially ripped directly from The Sopranos, while parts of South Jersey may as well be West Virginia. We’ve got proximity to cities, beaches, mountain ranges, and farmlands. The state also ranks in the Top 10 when it comes to safety, quality of life, and education & health, according to a recent study published by WalletHub. Those high rankings off-set the state’s “middling rank for its economy and a next-to-last finish for affordability.”

In order to determine the best and worst states to live in, WalletHub compared the 50 states across five key dimensions: 1) Affordability, 2) Economy, 3) Education & Health, 4) Quality of Life, and 5) Safety. 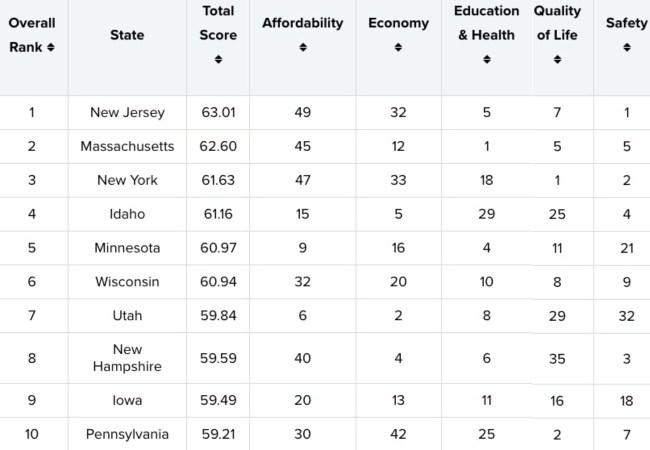 Rounding out the Top 5 are Massachusetts, New York, Idaho, and Minnesota. South Carolina, Mississippi, Louisiana, Alaska, and New Mexico represent the bottom five states in the rankings, with New Mexico coming in last. You can check out WalletHub‘s full rankings here.

RELATED: People Ranked All 50 States Using Head-To-Head Matchups To Determine The Best And Worst In America