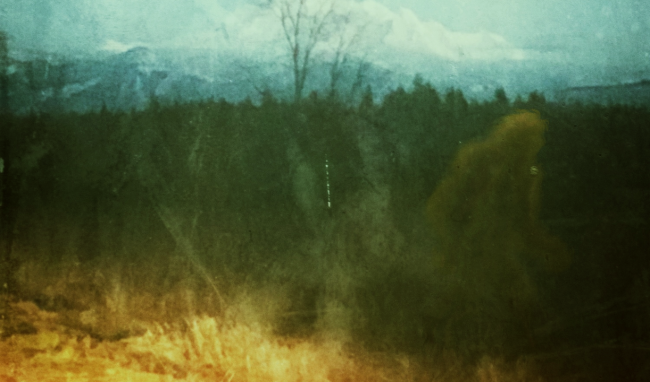 New footage shared on the YouTube channel of the Rocky Mountain Sasquatch Organization (RSMO) shows what they claim is yet another in a long line of Bigfoot sightings.

This particular footage, taken by boaters in northern Ontario, Canada, doesn’t come with a lot of details.

Related: At Least 45 People Have Claimed To Have Had Bigfoot Encounters In New York County

He continues, “It appears the boaters are going closer to land to get a better look at what they just saw. When I replay this again I want you to notice the camouflage color of the Bigfoot. The grass and the foliage on the ground, it’s nearly the same color … that thing is the same color as the undergrowth. If it laid down you probably would not be able to see it unless you knew it was there. Just amazing camouflage. Great color for the environment ”

Sadly, once again, we don’t exactly get a definitive look at the creature.

There are a couple of schools of thought for why no one ever gets concrete visual evidence of a Bigfoot.

One is that creatures such as Bigfoot, the Loch Ness Monster, Chupacabras, the Mothman, and the Jersey Devil actually exist in a parallel universe to ours.

They either travel between our two worlds and when encountered in ours quickly transport back to their universe. Or, they can only be seen in our world by certain types of people with the ability to observe parallel universes.

Back in May of 2020, NASA found evidence of a parallel universe where time goes backwards and the rules of physics are the opposite. There are also many who think UFOs may come from parallel worlds to ours.

The other school of thought is the most common. Despite there being at least 58 different names used to describe Bigfoot around the world, like Sasquatch, Yeti, Wendigo, Grassman, and Monkey Man, the creature doesn’t actually exist and all of the hundreds of the stories and videos are fake.

Many of the viewers who made up the over 200 comments on the Bigfoot video from Ontario fall somewhere in between.

“The ease of walking up the rocky pile and subsequent gate afterwards is NOT how a human walks. Very compelling,” one viewer wrote.

“Wow, he is huge. Looks to be 8 or 10 feet tall. Scary just watching this,” commented another.

“Great video! If it wasn’t Bigfoot it was a good impersonation because it had very long strides and very long arms!” another viewer replied.