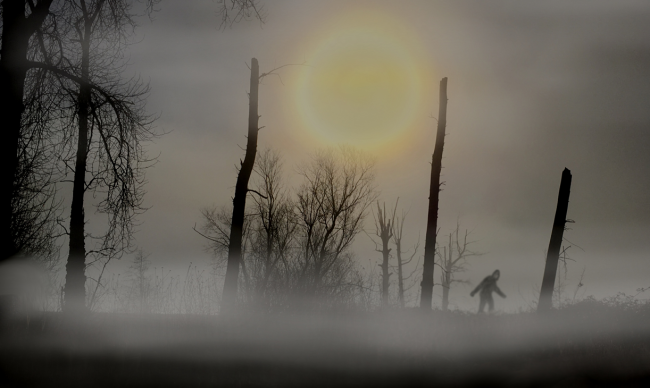 For a creature that supposedly doesn’t exist, Bigfoot sure does appear in a lot of places to a lot of different people.

There is hardly a country in the world that hasn’t had some kind of report involving a Bigfoot sighting.

They don’t always call the creature Bigfoot. There are at least 58 different names used to describe it like Sasquatch, Yeti, Wendigo, Grassman, and Monkey Man.

In America, Sasquatch sightings have taken place in every state but Hawaii, according to the Bigfoot Field Researchers Organization.

One of those states is New York, where Mayville resident Peter Wiemer has been sponsoring an annual Chautauqua Lake Bigfoot Expo since 2012, reports WGRZ News.

Wiemer claims there have been dozens of Bigfoot sightings in the area over the years.

“They are from all kinds of walks of life. There’s 45 eyewitnesses that have reached out to me, there’s a hundred or more in Chautauqua County that aren’t talking to me,” Wiemer said.

So if dozens of people have claimed to have had a Sasquatch encounter in an area, why isn’t there any hard proof of the creature’s existence?

According to Dr. Jeff Meldrum a Professor of Anatomy and Anthropology at Idaho State University, “There has been published data that indicates that examination of the bioclimatic factors that establish a black bears’ population seem to also run very parallel to those attributable to Bigfoot based on its reported distribution.”

“Footprints tell us a lot a lot of things too,” Meldrum said.

“Not only presence of something, but obviously, like I mentioned earlier, something about it’s distribution, it’s movements across the landscape.”

Sasquatch Researcher Steve Kulls explains, “To find a dead bear in the wild is unheard of, the same thing with a coyote or a fox even, because the environment has its own disposal system.”

He says that’s why a dead Bigfoot carcass has never been discovered in the woods.

That, or the fact that they actually exist in a parallel universe to ours. One of those things.