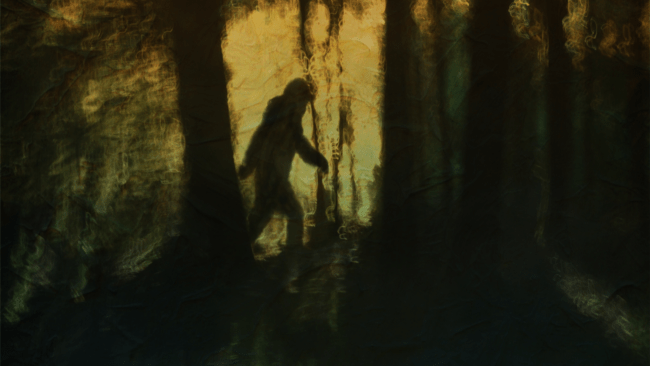 The ever-elusive creature known by many as Bigfoot or Sasquatch has once again reportedly been spotted, this time near a “hot spot” for encounters in the state of Illinois.

According to a report filed by this latest eyewitness to the Bigfoot Field Researchers Organization, he was driving on Route 78 in central Illinois at 10:30 p.m. when he spotted the creature.

“A car was probably 3/4 mile ahead of me and I could see their tail lights,” the report reads.

“I saw a large animal jump into the road about 40 yards ahead. When it hit the road I could see very large legs spread wide in a dead run with large swinging hairy arms. The arms switched back and forth close to the ground as its body was leaning forward. It leaped across the road in two jumps. When it hit the shoulder it looked back at me. I said to myself out loud “f***ng Bigfoot!”

“It was a about 2 seconds before it vanished in the darkness altogether but I could see it clearly. It was very large and even though it was hunched over nearly horizontal it still was close to being wider than my car and nearly to the top of my windshield. It blocked out the lights of the car ahead. It had shinny [sic] black hair. I could not see eyes or mouth but saw its head turn towards me before it jumped into the dark field.”

The eyewitness also stated that the monster was moving nearly as fast as a White Tail deer.

After speaking to co-workers about his encounter, they informed him that “hunters, fisherman and barge operators have had multiple sightings in that area” and “the locals say a clan of Bigfoot live there and they are not threatening to humans.”

BFRO Investigator Matthew Moneymaker followed up with the witness to determine the validity of his Bigfoot sighting.

This is a very reliable sighting. I spoke extensively with the witness by phone. Patrick Garver is 59 years old. Has been a design engineer for the past 38 years designing parts for custom welding machines. He is married and has two kids in college.

He was not particularly interested in the Bigfoot subject but he recognized what he was seeing. He was driving 70 miles per hour and didn’t slow down much until he reached the next town. He kept going then stopped in Havana, the next town, to text his wife and kids to say he had seen a Bigfoot cross the highway.

Moneymaker also pointed out that this is the first recording Bigfoot sighting in Cass County, but two adjoining counties in Illinois have 13 and 12 reports of people seeing the creature.

Could these be related to the same creatures that have been troubling people in Missouri’s Mark Twain National Forest?