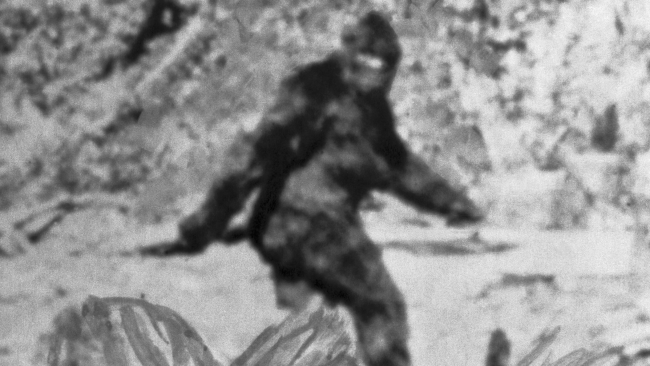 Whether you believe Bigfoot is real is a matter of personal opinion. What cannot be argued, however, is the fact that people in literally dozens of countries around the world claim to have encountered the creature or something similar to it.

According to Google Maps, Bigfoot goes by 58 different names around the world, and over just the past couple of years in the United States, the creature has reported to have been spotted in Washington, Kentucky, Idaho, Michigan, Oregon, the Florida panhandle, northern California, Oklahoma, North Carolina, or West Virginia.

Related: Researcher Discovers And Photographs What He Believes Are Possible Bigfoot Graves

The most famous of the thousands of Bigfoot sightings over the centuries, the Patterson-Gimlin film, was recorded on October 20, 1967, by Roger Patterson and Robert Gimlin.

The film, shot on the banks of Bluff Creek in Northern California, has yet to be convincingly debunked after over 50 years.

In 2017, on the 50th anniversary of the film’s release, Dr. Jeffery Meldrum, a professor of anatomy and anthropology at Idaho State University, told Oregon Public Broadcasting, “It’s all so easy to say, ‘Obviously that’s a man in a fur suit.’ Until you see it up against a man in a fur suit.”

Now, using the most advanced technology available to date, The History Channel show The Proof Is Out There episode titled “Bigfoot Revealed” asked a group of researchers to determine once and for all if the Patterson-Gimlin film is real, or is it just a decades-long hoax?

Utilizing the the latest technology and artificial intelligence the film was broken down, frame by frame to analyze the movements of the alleged Bigfoot, which they refer to as Patty in the study, in the video.

“There are details that are very distinctive of the way in which this ‘Patty’ creature walks,” said Meldrum.

“One of the characteristics that seem to distinguish the Sasquatch foot from the human is the lack of an arch, a longitudinal arch, which is kind of a springboard creating a more stable platform in the human foot.”

Meldrum added, “That lead foot where you can see this upward turning of the toes at the last part of the swing phase just before the foot comes in contact with the substrate. This is a remarkable detail that the film has made more evident.”

The professor also stated, “I am struck as an anatomist by the massive size of these trapezius muscles and their intermediate attachment on the back of the skull. This is not a human configuration at all but something that is intermediate between a human and a great ape.”

The show also recently delved into a recent story about researchers who believe they captured Australia’s version of Bigfoot – a Yowie – on camera. Experts in that case also couldn’t rule out the footage of the creature being real.