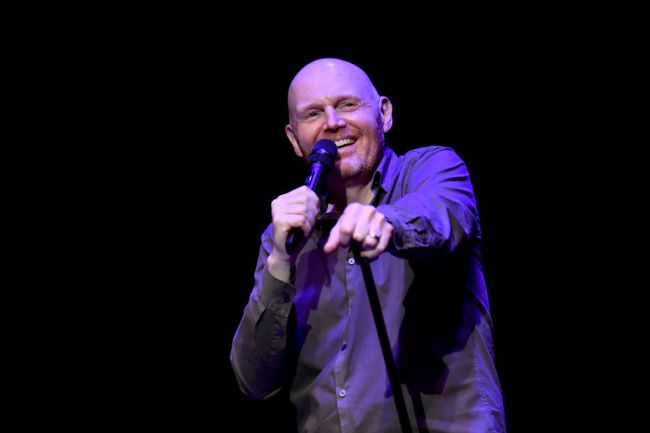 Bill Burr has developed a reputation as one of those stand-up comics that blurs the lines between joke-teller and truth-speaker. Sort of like Dave Chappelle. Regardless of what side of the political aisle you fall on — unless you exist on one of the extreme ends of the spectrum — you likely often find yourself agreeing with Burr and his famously cantankerous outlook on life. His most recent take, though, is likely to ruffle more feathers than usual.

During an appearance on Late Night with Seth Meyers, Burr was discussing an upcoming event he’s participating in (an album signing in Los Angeles) when Meyers asked if he’ll be asking his guests to wear a mask. Burr said that while he’ll be wearing his, he also doesn’t care what other people do.

Burr didn’t stop there, though, as he also joked that he hopes the virus gets deadlier so it “wipes out” way more people, particularly the “mouth-breathing morons”:

“I hope the virus gets deadlier, and I want it to just wipe out way more people,” he joked. “That’s what I’m going for ‘cause I think we all tried to pull in the same direction. It’s not going to happen. And we’re all sort of broken up into these pods on the internet where people just want to hear what they want to hear. So, I mean, go ahead, you know, go take alligator plaque medicine or whatever the hell you’re into. I don’t care. Maybe it works, I don’t know. I don’t care.”

Burr then launched into one of his trademark self-deprecating rants, saying there’s a “plague” of people like him:

“People are blaming red ties and blue ties for this whole thing. You should blame God and modern medicine because God made people flawed and modern medicine kept them all alive. Defeated Mother Nature. That’s why there’s eight billion mouth-breathing morons on the planet, myself included. There’s a plague of people like me. So, I think it’s great that people are going to go old school and not listen to doctors and, you know, go back to doing dances or whatever the hell they’re going to do.”

The reason Burr was even appearing on Late Night with Seth Meyers to begin with was to promote the release of his vinyl album Live From Madison Square Garden, which will be made available to purchase today, Thursday, September 23, so make sure to check that out if you fancy yourself a hardcore Bill Burr fan.