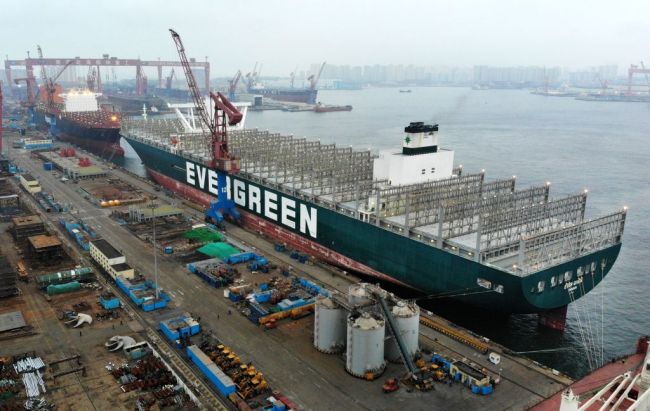 Remember that one week in March when there was a boat stuck in the Suez Canal that blocked the global shipping supply? Well, that boat, the Ever Given, is finally getting repaired and the damage it took is extensive.

As you might recall, the world was captivated for six days by the story of the Ever Given. One of the world’s biggest container ships had an engine failure that caused the boat to get horizontally lodged into the bank of the Suez Canal.

Due to the stuck ship, one of earth’s most important shipping arteries was clogged tight by the 1,312-foot ship. Nobody could go in or out of the canal.

Finally, on March 29, 2021, the Ever Given budged. Soon thereafter, she was pulled back to port and the canal was open once again.

Well, after waiting in limbo for months, the Ever Given is getting some much-needed repairs. Protracted negotiations between Egyptian officials and the ship’s owners and operators took some time, but she was eventually able to leave Egyptian territory, and was then offloaded.

Taking a look at the damage.

Now, after more than seven months, the Ever Given has been brought to China. While there, it will receive an entirely new lower bow.

With the Ever Given out of the water, we finally are able to see the damage that was done to the ship. Considering how massive the ship is, the damage done to her bow would have required a large amount of force and it’s rather remarkable.

It will take quite some time to replace the entire bow, but hopefully, once the repairs are done, the Ever Given will get a chance at redemption from the incident that made her so famous.