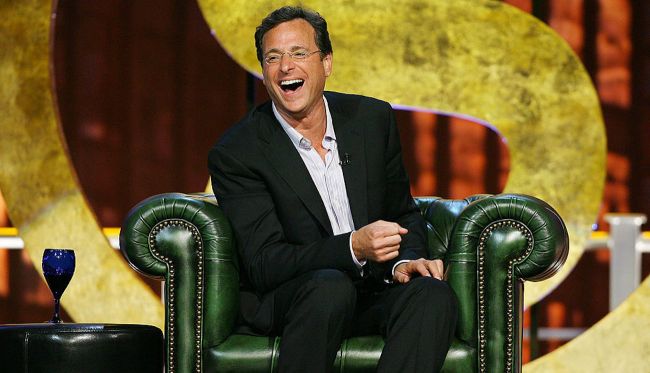 On Sunday night, news broke that famed comedian and Full House patriarch Bob Saget had passed away at the age of 65-years-old. Saget, who had just performed in Jacksonville on Saturday, was found dead at the Ritz-Carlton hotel in Orlando, Florida, around 4 p.m. EST on Sunday, January 9. At this time, the cause of his death is unknown.

“We have no information on cause of death, and detectives have found no signs of foul play or drug use in this case. The Medical Examiner’s Office will make the final call on the cause and manner of death,” the Orange County Sheriff’s Office told TMZ.

Following the report of Saget’s untimely passing, fellow comedians and actors took to Twitter to pay their respects to the former America’s Funniest Home Videos host, who was clearly beloved within the stand-up community due to his kindness: “One of the funniest and sweetest people I have ever known,” said Billy Crystal.

I’m shocked and saddened to learn that Bob Saget is gone. A great friend and one of the funniest and sweetest people I have ever known. My love to his beautiful family.

Sail on my friend Bob Saget With your huge heart and abject lunacy,my condolences to his daughters & other family

Still in shock. I just spoke with Bob a few days ago. We stayed on the phone as usual making each other laugh. RIP to friend, comedian & fellow Aristocrat Bob Saget. pic.twitter.com/TDKT8JoULq

Bob was at my house in October interviewing me for a documentary. He was sharp and dark and funny as always and we were gonna catch up over coffee when he was done editing and now I’m crying FUCK #RIPBobSaget pic.twitter.com/wgrp3cOXGE

I know that people lose loved ones, good people, every day. No one gets a pass. But the loss of Bob Saget hits deep. If you didn’t know him, he was kind and dear and cared about people deeply. He was the definition of “a good egg”. Too soon he leaves. #RipBobSaget

Damn it @bobsaget you left your body
I’ll forever celebrate your genius, your giant heart, and joy for life.
Thank you for helping me through the inevitable sadness of life with comedy. At least now you can hang with Rodney & Don again
Love you forever

Bob Saget was as lovely a human as he was funny. And to my mind, he was hilarious. We were close friends and I could not have loved him more. pic.twitter.com/TM8r1hzCfO

Bob Saget was an amazing comedian and a really warm and generous man. It doesn’t seem real to me yet, I just saw him last week and it’s hard to even imagine him not being here. He was the best. pic.twitter.com/kaYuqgp7QN

I’ll miss Bob Saget so much. He was as kind as he was funny.

There wasn’t a kinder person in Hollywood than Bob Saget. I am having trouble wrapping my head around this. I do not want to believe this. It’s all too much to handle.

Saget, who was born in Philadelphia in 1956, became a nationally-recognized name after he was cast as family patriarch Danny Tanner on the hit ABC sitcom Full House, which originally ran from 1987 to 1995. In addition to his role on Full House, Saget hosted ABC’s clip show America’s Funniest Home Videos from 1989 to 1997. During the 2000s, in addition to returning to stand-up comedy, Saget served as the voice of the future Ted Mosby on the CBS sitcom How I Met Your Mother from 2005 to 2014.

Our thoughts are with Mr. Saget’s friends, family, and loved ones during this difficult time. May he rest in peace.