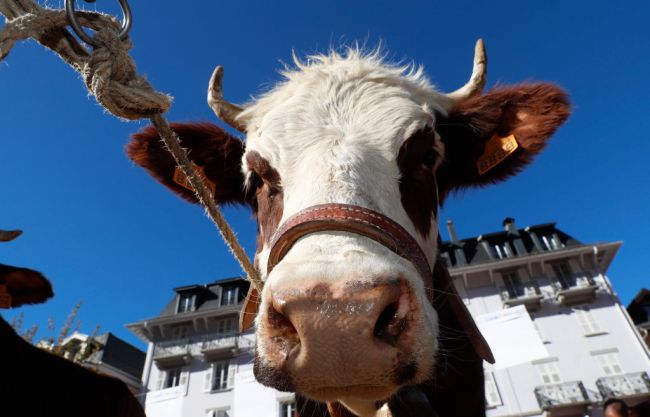 Glendale, Ariz. police found themselves in an interesting police chase over the weekend. It was not for a stolen vehicle, murder suspect, or anything of the sort. It was for an escaped cow.

Around 3:30am on Saturday morning, the department received a call from a nearby residential neighborhood. A cow was seen running through the streets and front yards of the area and nobody knew where it came from or how to capture it.

And, based on the bodycam footage, neither did the police. The video shows Glendale PD take two approaches.

At first, they tried to corner the cow with their vehicles. But that failed, so they tried a different tactic.

The officers hopped out of their cars and started after the bovine on foot. However, the cow was too quick and too agile.

Only five minutes of the lengthy chase was released, but the officers who are featured clearly fail. They are out of breath on multiple instances, and just when they think they have the cow cornered, it darts away and out of reach.

The funniest part comes just after the 4:15-mark when a woman comes out on the front porch and an officer asks if it’s her cow. It was not.

Take a look at the exhilarating chase:

Eventually, the police turned to the locals for help. One man who lived nearby had some rope skills and was able to lasso the cow.

Glendale Police Department said that the animal was returned safely to its owner and took the exhaustive efforts with a sense of humor.

“Although we do not have a ‘steak’ in this fugitive being caught… we did out best to find them,” a spokesperson said. In a Facebook post, the department joked that it was a “great example of community and police working together to mooooove things in the right direction.”

While the chase was a fail on the police department’s end, it was a success overall.