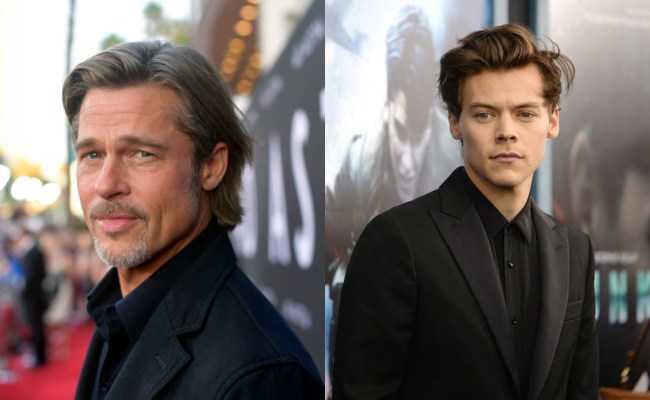 Update: according to Vanity Fair, Pitt and Styles will NOT be starring in Faster, Cheaper, Better.

For a guy who claimed to be stepping away from the spotlight following his Oscar win back in February (feels like a lifetime ago, doesn’t it?), Brad Pitt is certainly keeping his future schedule full, as the 56-year-old is reportedly set to star in Faster, Cheaper, Better alongside Harry Styles, who made his feature film debut back in 2017’s Dunkirk.

The casting news appeared on the website of Vértice Cine, which picked up the Italian and Latin American rights to the project at this summer’s virtual Cannes Film Market. While there has been no official confirmation from the filmmaker, Vértice included both a plot synopsis and images of the two actors on its site.

As Vértice Cine says, the movie explores “changes that are coming in the trucking industry, weighing the possibility of an industry without humans driving the vehicles.”

Among the characters, it lists “a union boss, a young businessman, a farm manager, and a tech millionaire,” all of whom find their livelihoods cut short when automation sweeps the world. “In the end, everyone must face the meaning of being human.” [via Vanity Fair]

Set to be helmed by Dan Gilroy (Nightcrawler, Roman J. Israel Esq.), the director told Deadline back in June that Faster, Cheaper, Better is “a big multi-narrative film, set over two decades in multiple locales.”

This isn’t the only film that the Academy Award-winning actor has lined up (man, it feels good to type those words), as he’s also set to star in an assassin film called Bullet Train from John Wick, Deadpool 2, and Hobbs & Shaw director David Leitch, which simply sounds objectively dope.

At this time, though, the film has no official release date and it’s unclear when it will begin filming.