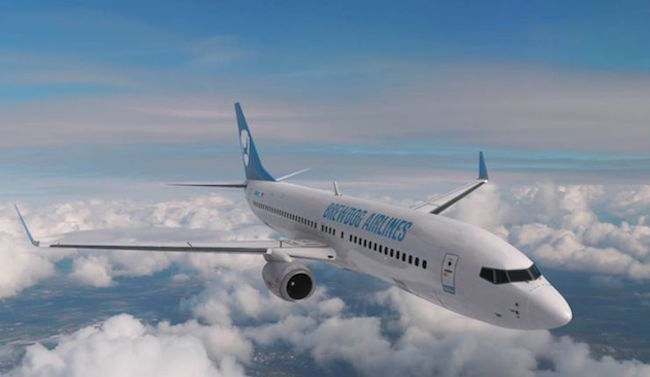 If you’re a veteran traveler, you probably have a few strategies you employ to make flying as painless as possible, like wearing slip-on shoes, getting a Xanax prescription, or being rich enough to fly first class everywhere you go.

Of course, there are plenty of other ways to make your trip less miserable, like drinking copious amounts of alcohol to numb the pain that comes with having to deal with modern air travel.

It hasn’t let me down so far.

As anyone who’s familiar with Hooters Air knows, flying wasn’t always this miserable.

That airline might be dead and gone, but thankfully, there’s a brand new one that’s poised to make flying a lot less miserable than normal.

According to Jalopnik England’s BrewDog— which recently opened a beer hotel in Columbus that’s the closest most people will ever come to visiting Willy Wonka’s factory— is expanding its business horizons with BrewDog Airlines, which is set to make its maiden (and possibly only) flight in February.

BREWDOG AIRLINES HAS LIFT OFF!

We’re taking to the skies to fly Equity Punks from London to our brewery in the USA.

For $1,600, flyers will get the chance to be ferried from London to Ohio on a beer-fueled flight featuring food designed to pair with the variety of beers that will be available— including some limited-run releases, such as the one they brewed specifically for consumption at high altitudes.

Travelers will also spend four days at BrewDog’s hotel, where they’ll be educated in the adjoining museum and get the chance to drink beer straight from the tap in their rooms.

The one-way flight will only hold 210 people, and while you have to be a part of BrewDog’s equity program to purchase a ticket, the brewery will also be holding a few giveaways to gift the adult equivalent of the Golden Ticket to five different people.

I would like to humbly request that I be one of those people.