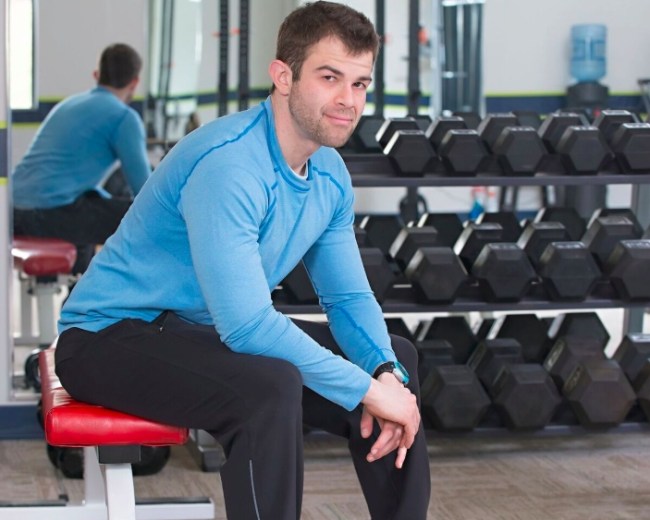 Since we started the BRO OF THE WEEK column last month, we’ve featured bros who are doing awesome things for people and causes. We featured a former 290-lb. offensive lineman who is running the New York City marathon to raise money for combat veterans’ therapy. We also featured a military bro who is competing in an IronMan to raise money for his buddy who was diagnosed with Hodgkins Lymphoma.

Today, we’re going to do the same thing, but this Bro of the Week has a story that highlights a different theme: Reinvention.

We talked to Doug Bopst, an award-winning personal trainer, author, speaker and business owner. He is the author of two books: “From Felony to Fitness to Free,” and “Faith Family Fitness,” and is currently working on his third book, “The Heart of Recovery: Real People. Real Hacks. Real Success Stories,” where he interviews 100 of the most inspiring sober individuals of all walks of life.

Doug’s accolades stand on their own, but are even more impressive when you consider the dude is a former felon and drug addict who was sentenced to months in jail due to being found guilty of “possession with intent to sell.”With the help of his cellmate, Doug decided to use his time locked in that small cell to beat his demons and reinvent himself and has since helped hundreds of people improve their habits and lives. 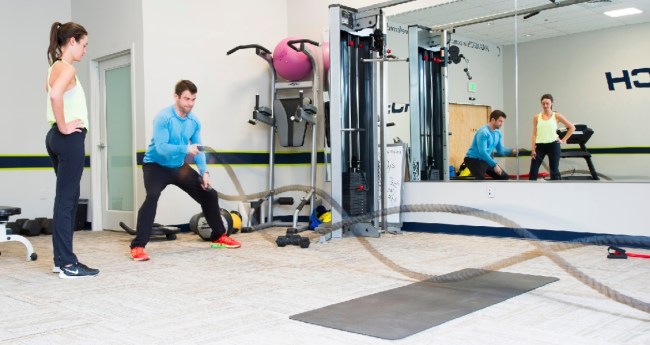 We wanted to know what sparked Doug’s transformation, how fitness played a role in re-molding his mindset, and how shitty prison is. Here is his insight:

After you slipped into an orange jumpsuit, I’d have to imagine there was a lot of anger and self-pity. How difficult was it to avoid the ‘woe is me’ mindset and work to better yourself?

Oh man that’s a great question. When I first put the jumpsuit on, I was detoxing from opiates cold turkey so I was definitely one angry dude. I certainly had the victim mentality and “woe is me” thoughts running through my mind.  My cell mate fixed that quickly. He would tell me to quit being a b****. He was right. I was constantly complaining, blaming others and not taking responsibility for the choices that I made. Fortunately, I am a fast learner. Once I flipped the switch and realized that things happen “for me” and not “to me” things became much easier and I felt encouraged to be more positive.

What was the toughest thing about prison to adjust to coming from civilian life?

There was certainly many things challenging about it. But, if I had to narrow it down to one I would say it was not having my freedom. When my life was confined to a small cell, it really showed me how much I took my freedom for granted. I couldn’t do the things I wanted. I couldn’t see who I wanted. I couldn’t go where I wanted. We had to wake up at a certain time and be in our cells for bed at a mandated time.  One of the other disadvantages of not having my freedom was that a guard was watching supervising us each day.  This included being escorted by one when going to the doctor or seeing visitors. It quite honestly was a blessing in disguise because it forced me to start being grateful for what I had in life, as opposed to the things I didn’t.

What routines did you implement in jail that helped transform your body/mind?

First and foremost, exercise was a staple during my stay there. This included doing calisthenics, running and ab work. But, we also did some unorthodox things such as filling trash-bags with water to do work for the biceps. (“curls for the girls”). Aside from that, I also learned a lot about the importance of eating healthier. I really started to make better eating decisions while I was there. In jail, the food choices are limited, but I did my best to stay away from processed foods and my cell mate educated me on how to make better choices upon my departure. Goal setting was also a useful habit I developed in jail. Speaking of which, one of the goals I set was to be able to do 10 pushups consecutively and run a mile without stopping. The days I set and achieved those goals are days I will never forget.

Touch on the important of exercise in your transformation.

Exercise has been a major part of my transformation. It wasn’t necessarily simply a matter of doing pushups and sit-ups, It was how they made me feel about myself. It made me more confident, improved my energy and gave me a higher level of self-esteem, which I had lacked before. Exercise also taught me the importance of being disciplined. Sticking to things and following through is something that is crucial to thriving in recovery. I spoke about goal setting briefly in the question above, they are also key when exercising. Dedication and goal setting have been big assets in my personal and professional growth.

When you were released from prison, what was your mindset like? Was there any temptation to slip back into old patterns? If so, how did you manage it?

To be honest, I was so motivated the day I left jail, I thankfully have never looked back. It’s not to say life is perfect, because it’s certainly not. But, as far as slipping back into using drugs, it hasn’t been an issue. I was so touched that my cell mate helped to transform my life that I didn’t want to let him down. I immediately got into a workout routine, started eating better and making better decisions. As time went on, I really noticed how different my life was when I started to fill it with things that were healthy.

What advice would you have for people who are believe they are spectators of their own lives?

You only live once.  I always tell others you don’t want to be at the end of the road wondering “what if..”. Take some chances on yourself, don’t worry what others think and keep fighting for what you believe in. Also remember that If you want something in life, you gotta go after it, no one is going to do it for you. I know it’s tough and I have definitely been there. But if you work hard, it will most certainly l pay off.

I know you’re working on your next book, What have you learned from others who have been in similar situations as you but now have a second lease on life?

One of the lessons that sticks out to me is  that they didn’t give up on themselves. We all go through stuff in life, whether it’s related to addiction or not. But, those featured in the book did the things necessary to persevere though it. They knew what they needed to do on a regular basis to keep themselves on the right path, yet were also aware of when things aren’t “up to par.” Remember to never give up on yourself, it may be hard, but it’s worth it.

Moral of the story: it’s never too late to change or re-invent yourselves bros, and it starts with valuing yourself.

If you or a friend or anyone you know has done something positive, something you’re proud of, an accomplishment that deserves a little shine, we want to hear about it. Send your submissions to matt@brobible.com to be featured in next week’s column!