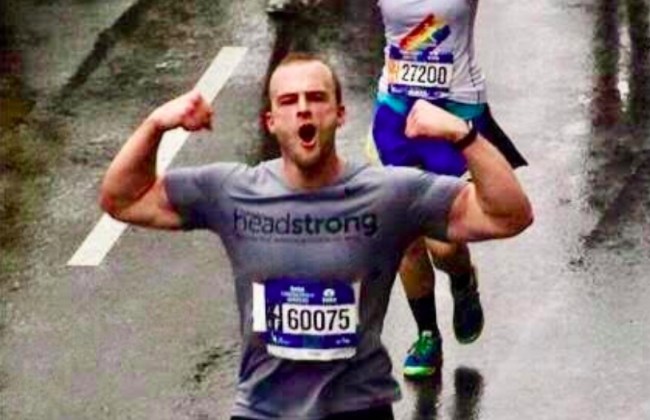 Last week, we urged our beloved BroBible readers to submit recent personal achievements or good deeds for the chance to be featured in our new and recurring Bro of the Week column, going live every Friday.

Reading through the submissions, we were immediately validated in our reason for starting the column: To shine a well-deserved light on every day people doing extraordinary things. To sing the song of the unsung heroes. For those who submitted, thank you, your tales of positivity and personal achievement made our black hearts start bleeding again. And for those who would like to be considered for future columns,send your submissions to matt@brobible.com and I promise to read it and get back to you personally.

So without further ado…

This week’s Bro of the Week is BroBible reader Sam Dickinson, who achieved in making me feel like I wasn’t doing enough good in the world. Thanks, Sam! Dick. 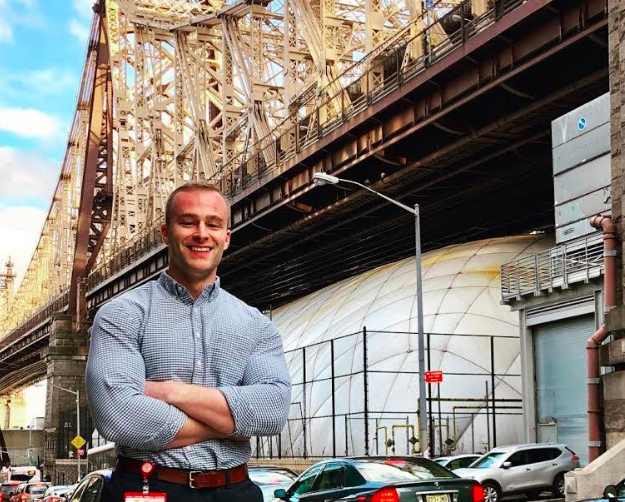 The 26-year-old is gearing up to run his second New York City marathon the first Sunday of November to help raise money for The Headstrong Project — a non-profit organization that gives free therapy to post-9/11 combat veterans struggling with psychological stress.

Sam, who works as a social worker for The Headstrong Projects and dedicates his life to helping the men and women who deserve it most, told BroBible that it’s an “honor to help them process their traumas, both in war and in civilian life.”

What makes Sam’s feat more amazing is that just five short years ago, he was a 290 lb. Offensive Lineman for Franklin & Marshall College’s Football team, earning 1st Team All-Conference his senior year and 3rd Team All-South Region for Division III, who he claims “are people too.” Sam admitted that although his size was an asset on the football team, it wasn’t exactly conducive to a fruitful love life and the suspension of his 04’ Saturn Ion (is it hot in here?).

In the three months following his college graduation, Sam shed an incredible 70 pounds in three months. But after the competition of college football evaporated, the 26-year-old wanted to continue to push the limits of what he was capable of achieving, both physically and mentally. He, like most of us, dreaded the idea of running, but credited his involvement with The Headstrong Program as the spark that has kept his fire lit. 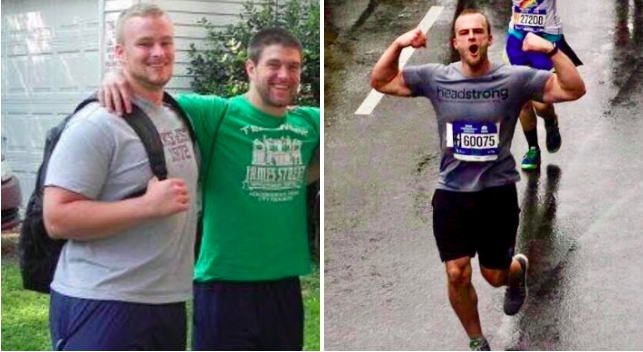 “When I’m getting crushed by a tough run, I remind myself that I’m not only doing this to better myself, but also so that the Veterans in our program can have access to free therapy and mental health care. There’s so much stigma surrounding mental health in our culture, and if I can ease the burden to accessing that care by raising money for our program, then that gives meaning to the hamstring cramps that start to set in at around mile 15.”

Given that at one point in Sam’s life running made him physically recoil, I asked him what advice he has for the Average Joe who struggles to get out there and eat up pavement. He said this:

Overcoming the mental hurdle of marathon training is no small feat. My advice would by to always keep your “why” in mind – Why am I doing this? What is my motivation? Keeping that in mind will keep you going.

If you bros want to support a badass dude supporting an awesome cause, head over to Sam’s Fundraiser Page and know that your money is going to men and women who are often overlooked. Oh, and Sam’s running the marathon on his 27th birthday, so there’s an extra sweetener for ya.

Good to Sam in beating the Kenyans on November 4th.