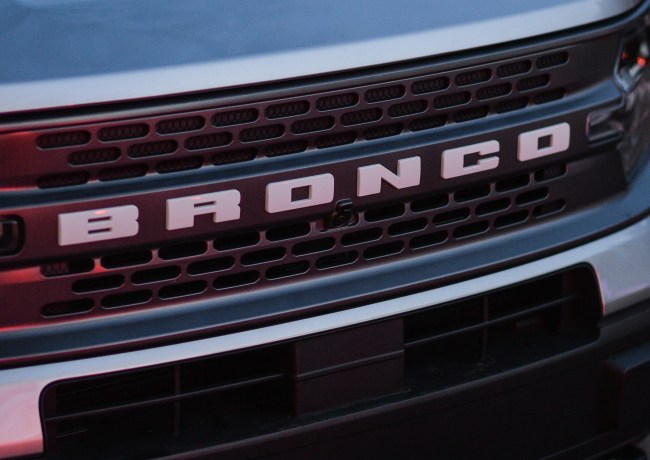 Last Thursday night at a Barrett-Jackson auction in Scottsdale, a 1/1 Ford Bronco First Edition sold for $500,000. Also called the “Bronco 66,” this specific 2021 Ford Bronco was created for the Pope Francis Center in Detroit.

Before the first edition Bronco went up for auction, it was announced all of the proceeds of the final sale would be donated directly to the Pope Francis Center to help fight against homelessness.

Rev. Tim McCabe, the Executive Director of Pope Francis Center, was there to witness the final sale. After minutes of the sale, Rev. McCabe was quoted by the Detroit Free Press as being in shock, saying the sale is “literally helping save lives.”

The brainstorming of this vehicle started over three years ago with Ford CEO Jim Farley and Rev. McCabe. Inspiration of the vehicle’s design came from the 1966 Ford Bronco as well as the historic 1979 U.S. visit of Pope John Paul II, where the Pope traveled with a customized open-air Bronco during the tour.

The 2021 Bronco was built off the $63,000 model and included thousands of dollars in additional custom features.

The 2021 #FordBronco Pope Francis Center First Edition will be auctioned off at Barrett-Jackson, with all proceeds benefiting Detroit’s @PopeFrancisCntr in its fight against homelessness. Learn more ➡ https://t.co/WzaYrmIiQI pic.twitter.com/mJ6J2RFpaG

The most notable feature of the vehicle is its beautiful Wimbledon White color. A Rapid Red stripe is added to the center to match the body and hood striping. Add-ons include a rooftop lightbar, a MOLLE strap system mounted to the inner swing gate, and side pod lights.

Other slick design notes we love are the sleek contrasting black roof and the all-white steel wheels from Detroit Steel Wheels. The Bronco also has custom badges and a crisp white and red interior.

More Information About the Charity Sale

According to the same article from the Detroit Free Press, Rev. McCabe told auction attendees the funds would be used for “laundry services, showers, food, medical and dental care for unhoused people who need help now.”

Plans to open the campus are targeted to open in mid-2023.