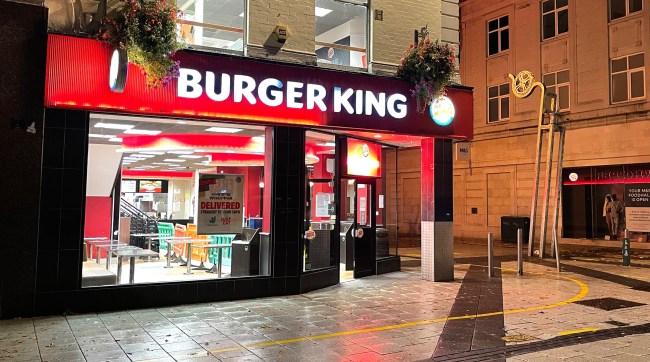 Burger King did something on Monday that would have been completely unthinkable in the not-so-distant past. They sent out a tweet asking people to order food from McDonald’s and Taco Bell.

Not only that they also asked people to patronize KFC, Subway, Domino’s, Pizza Hut, Five Guys, and Papa John’s.

“Order from McDonald’s. We never thought we’d be asking you to do this,” read Burger King UK’s tweet. “Just like we never thought we’d be encouraging you to order from KFC, Subway, Domino’s Pizza, Pizza Hut, Five Guys, Greggs, Taco Bell, Papa John’s, Leon…or any of the other independent food outlets, too numerous to mention here. In short, from any of our sister food chains (fast or not so fast).”

Why on Earth would Burger King be encouraging people to eat at a fast food establishment other than their own?

“We never thought we’d be asking you to do this, but restaurants employing thousands of staff really need your support at the moment,” the message continued. “So, if you want to help, keep treating yourself to tasty meals through home delivery, takeaway or drive thru. Getting a Whopper is always best, but ordering a Big Mac is also not such a bad thing.”

With a second full lockdown coming in the United Kingdom, Burger King wants to make sure they, and other fast food restaurants will still be able to provide a much needed paycheck to the thousands of people they employ.

Burger King listed a total of 21 different fast food and burger franchises that they are supporting.

To the people saying it's a multi million dollar company. Yes BUT your local one isn't. It's a franchise owned by someone local who is trying their best to feed their family and pay their workers. They DON'T have those millions of dollars to do that with.

Interestingly, none of those 21 restaurants listed were Wendy’s.

I wonder why. They’re a “fellow burger joint.” Oh. Right.