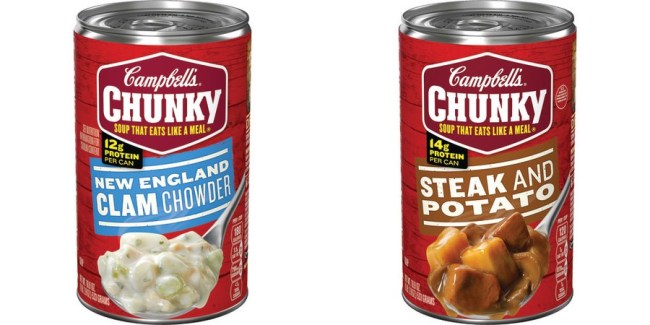 After a seemingly endless wait, more than 100 million people around the globe will huddle around a television set on Sunday night in order to watch what might be the most anticipated event of the year: a concert featuring a medley of Maroon 5’s greatest hits.

Oh, and I heard there’s a football game going on as well.

A number of Super Bowl viewers couldn’t care less about the action on the field or the sweet crooning of Adam Levine but will still find an excuse to tune in on the one evening a year when people actually look forward to commercial breaks.

I’m eagerly awaiting Sunday for a multitude of reasons but I don’t know if there’s anything that excites me more than the prospect of having an excuse to consume an irresponsible amount of food over the course of a few short hours.

I’m a sucker for wings, laughably long subs, and other traditional Super Bowl fare but it’s nice to shake things up every once in a while, and if you’re looking to serve up a new dish, you’ve come to the right place.

Over the past few weeks, I’ve whipped up a few recipes with the help of Campbell’s Chunky Soup, which has served as the perfect base for a variety of snacks over the course of the playoffs.

Now, I’ve got a couple of new ones for you that will serve as the perfect complement to the Super Bowl.

The Patriots will be playing in what feels like their 17th Super Bowl in the past decade, and to commemorate the occasion, we’re using Campbell’s Chunky New England Clam Chowder to create—what else?— a superb bowl. 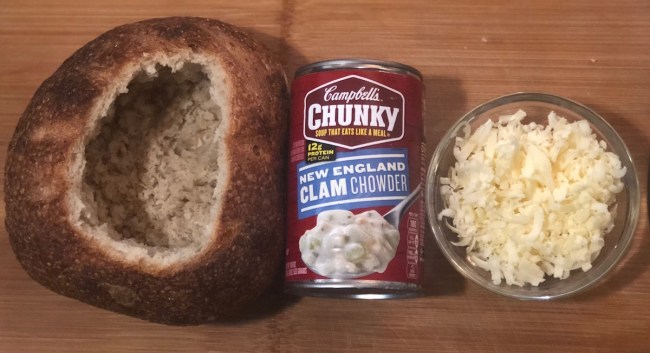 Throw the chowder in a saucepan over medium heat until it begins to lightly simmer (it should take around five minutes).

While you wait for the soup to warm up, cut a thin slice off the top of the sourdough and hollow out the inside of the loaf. You’re going to want to leave around 1/2 inch of bread around the interior to prevent anything from spilling out.

When the chowder is ready, pour it into the bowl and top with the cheese of your choice. 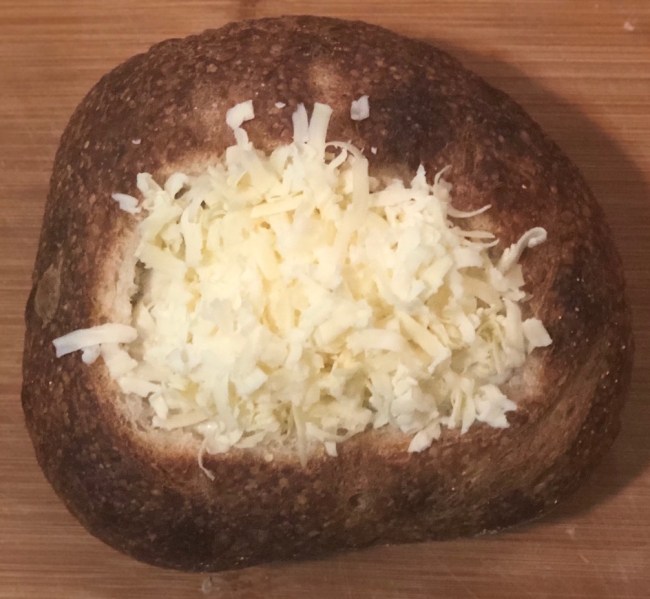 Transport the loaf to a baking sheet and place under a broiler set to low. The cheese should start to bubble after a few minutes, and when it does, you’re going to want to keep a close eye on your edible jacuzzi until the top begins to brown. 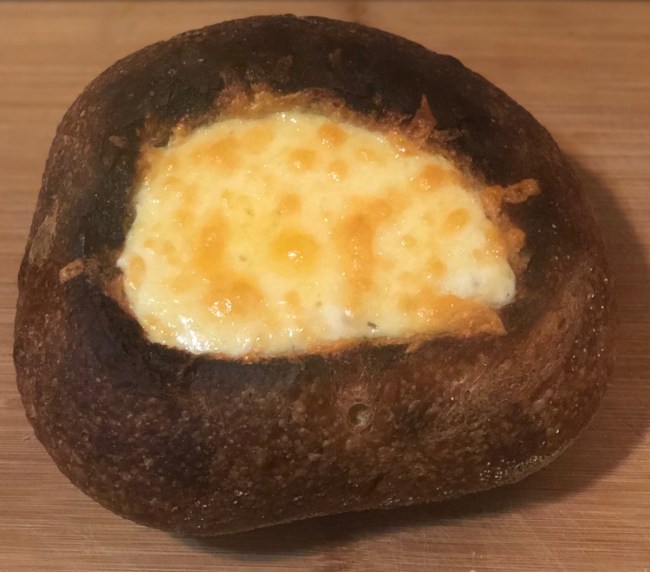 Turn off the broiler and leave the bread in the oven while you slice up the baguette into dippable pieces.

Remove the bowl, plate it up, and wait for your guests to devour the contents. 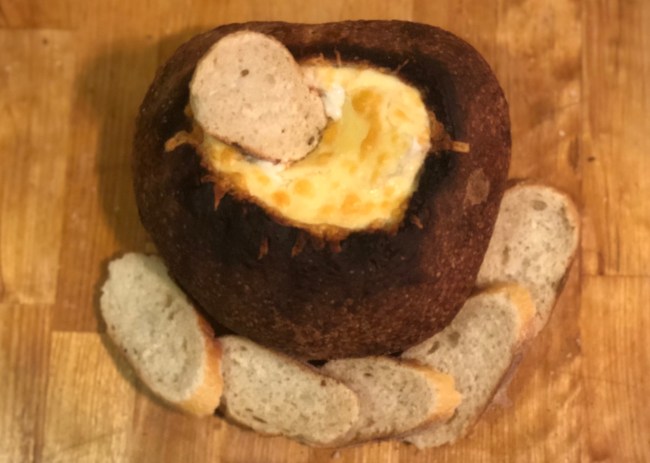 Once they do, tear into the vessel itself. 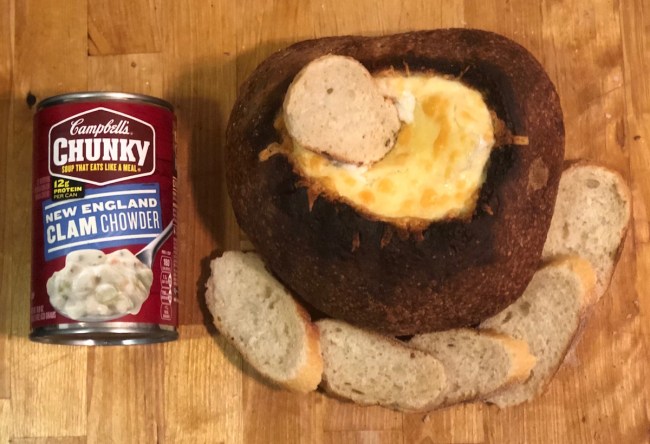 I don’t necessarily have anything against the ubiquitous veggie platter but I think we can all agree that a celery stick dipped in ranch isn’t exactly the most filling thing in the world. Sometimes you want a party dish with meat.

If you’re looking for something a little bit heartier, I’ve got exactly what you seek.

For the game, enjoy the delicious, savory flavor of potatoes, beef and mushrooms over a comfort food classic: Tater tots.

Preheat your oven to 425°F. While it warms up, pour the soup into a bowl and stir in the corn.

Once it’s incorporated, transfer the mixture to a pie dish (around 9″ is optimal but don’t stress if it’s a slightly different size).

Once that’s set, do the same thing with the tater tots.

Put the dish into the oven and cook for 25 minutes, which should give the tater tots enough time to turn golden brown.