Carl Lentz, Legendary Hillsong Pastor, Told His Mistress He Was A Sports Agent 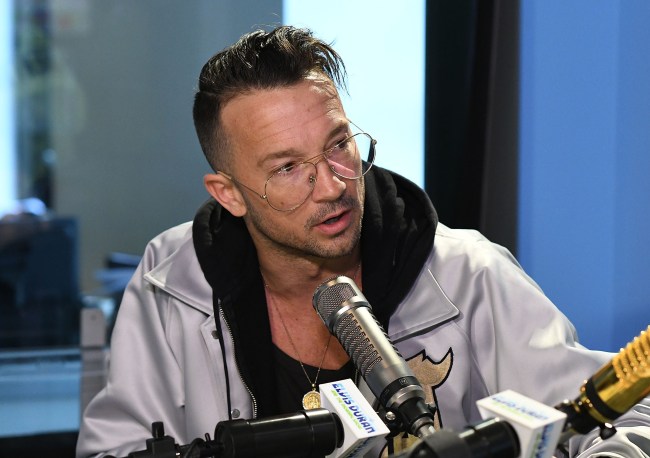 If you’ve been living under a rock/Satan’s rule, beloved Hillsong popstar pastor Carl Lentz was just outed for having an affair. I’m not one to celebrate the marital strife of others, but I do have a personal bone to pick with Hillsong. You see, I once dated a young lady who was a MAJOR drinker of the Hillsong kool-aid. She even convinced me to accompany her to a service one Sunday, and I went along because, you know, sex. Turns out it was kinda fun—mostly because of the music. You guys know me, I play the piano. Anywho, the problem arose when the collection bucket was passed around. I figured I’d just match what my date was contributing, but I saw her put a $20 in there and I’m going to hell anyway so I threw in a fiver. I had already paid for our brunch that day.

That was our last date.

Not that Carl had anything to do with it. Guy was up there on stage in his skinny jeans, delivering a sermon for us youngsters that was full of relevant witticisms. He even talked about the importance of syncing our Google calendars, both work and personal. Genius!

Guess he doesn’t have it all figured out though. Tough week for the guy, as more details continue to emerge about his tryst. Today’s news was that Crazy Carl chose sports agent for his fake job:

A New York City designer has claimed that she and Hillsong pastor, Carl Lentz, who baptized Justin Bieber, had a serious but secret relationship during which he told her he was an unmarried sports agent.

‘I wasn’t there for just sex, we both found comfort and a deep, special connection with each other. I am very hurt because we both feel the same way about each other,’ Ranin told the newspaper.

‘He didn’t tell me that he was married at first, he doesn’t wear a ring,’ Ranin said, adding that she asked him if he was married after a few dates and he confessed to her about his wife of 17 years.

Ranin told the Sun: ‘He told me his name was Carl but that’s it, he wouldn’t tell me his last name. And he told me that his job was as a sports agent.

Makes you wonder: if you start cheating on your wife/husband of 17 years, what fake job you going with to protect your identity from your side guy/chick? For me, it’s gotta be “state department.” End of story. Anyone with a brain knows that’s either CIA or NSA, and they’re done with questions. Plus, you can disappear for long stretches of time and not be responsive to texts because… you’re embedded in a terrorist cell in Islamabad? Hard to text when your fingernails are being pulled out, babe.

Sports agent makes sense. Carl could be an agent.

I appreciate @emmanuelacho for many reasons, including his boldness to keep pushing conversations that we need to have in the middle when so many want them on the side.. you can check out the latest “uncomfortable conversations with a black man” tomm.. #occupyallstreets #hoperemains

CHURCH TOMORROW!! If you need some GOOD NEWS, join us cause I’m preaching about it! #occupyallstreets

Best of luck, Carl. I’m sure some other church will pick him up off waivers.