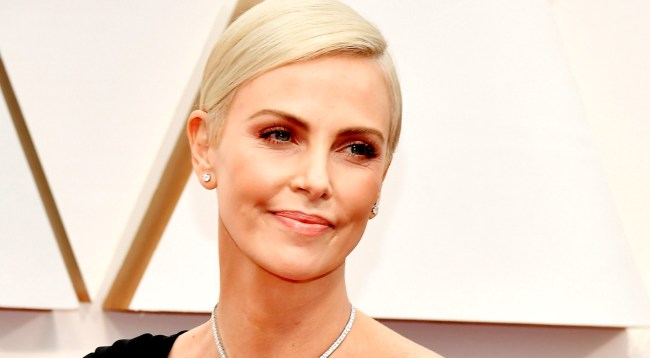 Charlize Theron has made some pretty serious action movies over the past few years. You’ve got The Old Guard, The Fate of the Furious, Atomic Blonde, and Mad Max: Fury Road just in the last five years.

No wonder she says she’d be down to wrestle in the WWE if given the chance.

It’s also no wonder that if given the chance to star in a remake of the classic Christmas action film Die Hard, she’d be totally down to do that as well.

Only if she did it, she is interested in giving her version of Die Hard a lesbian twist.

In December, Theron retweeted a fan’s suggestion that she star in a Die Hard remake where instead of saving her husband, she’d be saving her wife.

This week, in a new interview with Vanity Fair, Theron doubled down on her desire to be a part of such a project.

I saw that on Twitter you mentioned that you would be down to do a lesbian spin on Die Hard. If you were actually offered that project, would you jump on board?

Considering how well-received The Old Guard was when it premiered on Netflix during the pandemic, why not?

Please don’t play with my emotions. It’s been a tough year for all of us and now you plant this delicious seed in my fertile brain. Shame on you if you don’t give us this.

Charlize please some of us are trying to breathe.

“Somehow it was meant to come out in [2020],” Theron told Vanity Fair when discussing the film. “And it was meant to just be on people’s TVs. In the end, that’s why I think it was so successful. It thematically speaks to things that people were going through. And so part of me is like, ‘So what if it wasn’t on a big screen?’ I’m not mad at the fact that probably more people saw The Old Guard than any other movie that I’ve ever made, outside of Fast & Furious, in a theater.”

I got your back boo!