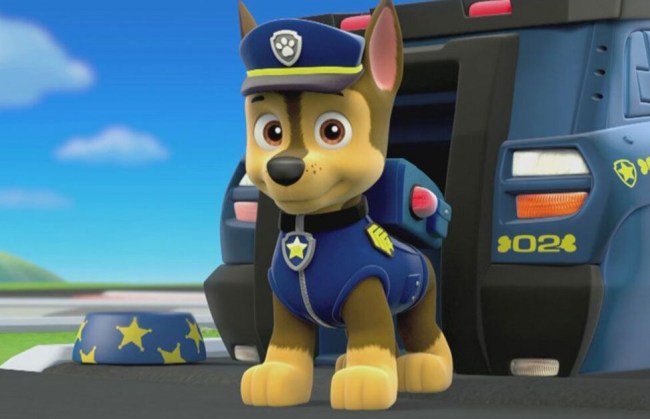 Amid protests against police brutality stemming from the death of George Floyd, the ways in which law enforcement is portrayed in the media have been put under a microscope. In the past week, Cops was canceled after a whopping 32 seasons on the air and Live PD met the same fate shortly after.

Earlier this month, the beloved children’s show expressed its solidarity with those pushing for black voices to be heard but garnered more than a few responses (which seemed to be fairly tongue in cheek) calling for the dismissal of Chase, the German Shepard tasked with keeping the peace in Adventure Bay.

In solidarity of #amplifymelanatedvoices we will be muting our content until June 7th to give access for Black voices to be heard so we can continue to listen and further our learning. #amplifyblackvoices pic.twitter.com/NO2KeQjpHM

The backlash was eventually met with further backlash as a number of conservative pundits voiced their support for a fictional cartoon police dog. The story eventually got its own segment on Fox News, where a 59-year-old man sang the praises of Paw Patrol on national television.

Chase is objectively a Very Good Dog but the guest did admit there are some “bad apples” among police in real life, which is a phrase I thought was retired after Chris Rock’s addressed the metaphor in Tamborine.

I guess he’s too busy tuning into Paw Patrol to watch Chris Rock.

If you’re not familiar with the series, here’s a quick primer.

In addition to Chase, you’ve got a firefighter dog, a construction dog, an aquatic rescue dog, an aviator dog, and a dog that’s really, really into recycling things.

Like most kids shows, each episode follows a very simple format and pattern: the dogs play with dog toys and go about their lives until they receive a call from somebody who needs their help. They then report to their base, where Marshall (the firefighter) usually shows up late and treats viewers to a humorous mishap (he’s basically Paw Patrols version of Joey from Friends).

After being told what their mission is, the dogs go and solve the problem, resulting in high fives at the end of the episode. While this seems nice and harmless, some people are arguing impressionable kids may be led to believe all cops are as good as Chase when that’s not necessarily the case in real life.