China Might Send Army Of 100,000 Ducks As ‘Biological Weapons’ To Pakistan To Destroy The Worst Locust Plague In Decades 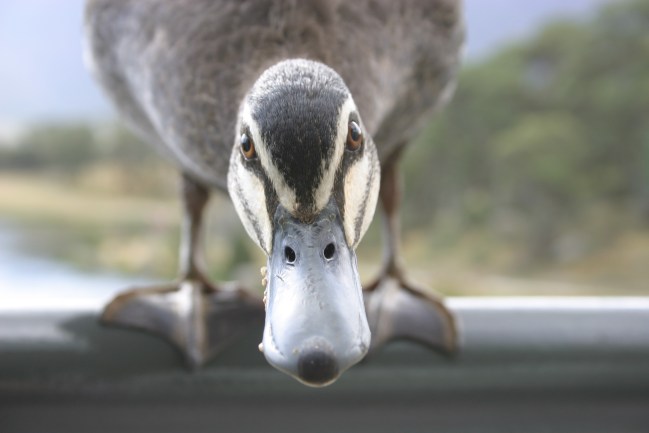 If you asked me about an hour ago what the best way to kill locusts were I wouldn’t have had a clue and I probably would’ve said ‘dump pesticide’ or something like that. As it turns out, there are very effective ways of decimating a plague of locusts and it involves using birds.

While chickens are fairly effective at taking down locusts it’s the ducks who sit at the top of the locust-destroying pyramid. Chickens are capable of eating about 70 locusts per day (per chicken) but a single duck can eat nearly three times the amount of locusts as a single chicken in 24 hours. Each duck can eat 200 locusts a day! Simply stated, ducks are the best biological weapon we’ve got against locusts.

Amidst everything that’s happening in the world right now, Pakistan declared an emergency after they’d been swarmed with the worst locust numbers in over two decades. Leaders from Pakistan looked to neighboring China for help on how to deal with the overwhelming plague of locusts and the answer was simple: ducks.

According to a report in the BBC, China is considering sending an army of 100,000 ducks as ‘biological weapons’ to Pakistan to help rid the country of these locusts. Apparently, ducks have the added benefit of being easier to manage than chickens.

China could deploy 100,000 ducks to neighbouring Pakistan to help tackle swarms of crop-eating locusts, according to reports.

An agricultural expert behind the scheme says a single duck can eat more than 200 locusts a day and can be more effective than pesticides.

Lu Lizhi, a senior researcher with the Zhejiang Academy of Agricultural Sciences, told Bloomberg that the ducks are “biological weapons”. He said that while chickens could eat about 70 locusts in one day a duck could devour more than three times that number.

“Ducks like to stay in a group so they are easier to manage than chickens,” he told Chinese media. (via)

The report indicates China will test out the plan to use an army of ducks as biological weapons in the coming days in China’s western Xinjiang province and depending on how things go they could deploy an army of 100,000 ducks to Pakistan to destroy the ducks.

Just last week a health expert warned that Chickens could cause the next global health crisis because they live in such tight quarters. But this is DUCKS we’re talking about. Sure, nobody’s ever seen what an army of 100,000 ducks looks like when they’re covered in locust blood (or whatever locusts have) and all drunk on the spoils of war.

I’m sitting here trying to imagine what it would’ve looked like in ancient times if a general rolled up to a battlefield with 100,000 ducks on top of the soldiers. If you’re an opposing army you’d probably be defecating yourself at the site of 100,000 rampaging ducks staring you down. The locusts won’t stand a chance.

According to the BBC, some people on social media in China were pretty stoked at the news that an army of ducks could be deployed soon:

Go, ducks! I hope you come back alive,” wrote one user of China’s Twitter-like Weibo platform.

“Heroic ducks in harm’s way!” said another, in a parody of the description commonly used for medical staff tackling the coronavirus outbreak in Wuhan. (via)

One practical issue is ducks rely more heavily on the water than chickens and the desert-region of Pakistan where the locusts are is dry and this might create conditions unsuitable to an army of ducks. So this could end up with a lot of angry, water-craving ducks in the desert tearing apart locusts or one hundred thousand ducks taking off to look for the nearest lakes.

The BBC states that China deployed 30,000 ducks back in the year 2000 to take down a plague of locusts so this wouldn’t be the first (or last) time they’ve weaponized ducks.

As for this unprecedented plague of locusts, the UN states it’s due to an overactive cyclone season from 2018-2019 that brought heavy rain and created a ‘at least three generations of “unprecedented breeding” that went undetected’, all of which has culminated with the worst locust numbers in decades.

Ducks have also been used in South Africa to protect vineyards from snails. They’re pretty much nature’s best weapon against invading species, as far as I’m concerned:

Part of me hopes that the plan is successful and China sends 100,000 ducks to Pakistan to wipe out millions of locusts just so we can all see footage of the carnage. I have no idea with 100,000 rampaging ducks look like as they decimate locusts but I’d pay $5 to see it streamed live in a PPV event if someone were to set that up. Why not?