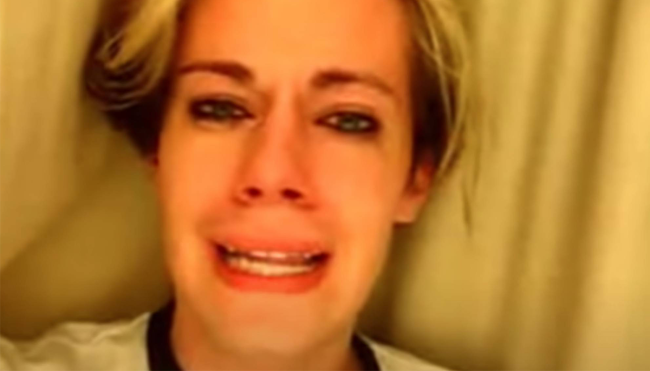 The 2000s were essentially the internet’s equivalent of the middle school experience; a time when no one thought twice about taking an incredible amount of joy in bullying and belittling anyone who had some of their lowest and most embarrassing moments documented online for the world to gawk at.

In 2007, Britney Spears became Public Mockery No. 1 after shaving her head following a night in a rehabilitation facility before attacking members of the paparazzi (who had spent years stalking her every move) with an umbrella in a fit of rage.

Shortly after that incident, Craig Ferguson swam against the stream in an incredible monologue where he urged people to treat the singer with empathy as she dealt with the mental health issues that were obviously playing an instrumental role in her high-profile implosion. Later that year, a man named Chris Croker shared a similar (but slightly less elegant) message when he posted an impassioned plea to YouTube in the form of the infamous “Leave Britney Alone” video.

Crocker was subjected to almost as much ridicule as the singer he was defending as a result of the viral emotional plea. However, almost 15 years after he uploaded the video, he can take some solace in knowing he was on the right side of history due to the revelations that have surfaced as Spears and her fans push for the end of the conservatorship she’s been forced to endure after her father gained control of her finances when she was deemed mentally unable to do so herself in 2008.

The #FreeBritney movement started to gain traction earlier this year following the release of a documentary examining the many injustices she’s been subjected to. In March, she petitioned a court to name a new conservator, and on Wednesday, she pled her case during a shocking hearing where she revealed how many aspects of her life are out of her control—including her inability to have her own IUD removed in an attempt to have a child.

The hearing provided Crocker with a fantastic opportunity to dunk on everyone who mocked him back in the day, but he opted to take the high road by posting a couple of classy reaction videos stressing he doesn’t want to say anything to draw attention away from the plight of Spears.

I would like to apologize to both him and Britney for the mean things I probably said about them on MySpace.